Microsoft first unveiled Windows 11 in June of last year, but the announcement was quickly met with criticism in response to some of the operating system's strict requirements. The requirements make Trusted Platform Module (TPM) version 2.0 mandatory even though Microsoft didn’t publish its reference implementation for TPM 2.0 until October 2016, meaning CPUs launched as recently as early 2017 don’t meet the system requirements for Windows 11.

However, once Microsoft started rolling out Windows 11, the company put forward a registry hack to bypass the Windows 11 installer’s CPU compatibility check, enabling users to get around the TPM 2.0 requirement and install Windows 11. We also released a guide detailing an alternative method for installing Windows 11 on unsupported hardware that doesn’t involve messing with the registry at all. Given the existence of both of these workarounds, one even offered by Microsoft itself, the system requirements for Windows 11 are functionally not as strict as they initially appear.

That said, even though it is possible to bypass hardware checks and install Windows 11, Microsoft makes clear that forcing an installation on unsupported hardware is not recommended. Microsoft’s support documentation for the registry hack comes with a warning that modifying the registry has the possibility of introducing serious problems. Users who force the Windows 11 update are also met with a lengthy warning stating that the installation may result in damages or compatibility issues and that the PC will no longer be supported. 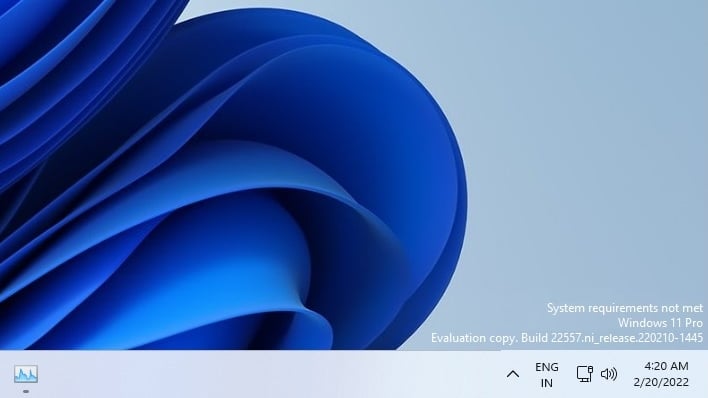 Microsoft is now testing a new method to remind Windows 11 users that their PCs don’t meet the system requirements. Windows Latest noticed that Windows 11 Dev Channel build 22557 includes the addition of a “System requirements not met” watermark that appears on the desktop. Fortunately, the watermark is not drawn over open applications like the “Windows is not activated” watermark. However, this new watermark hasn’t yet made it out of the developer build, so there’s no guarantee that its current form is the final one. 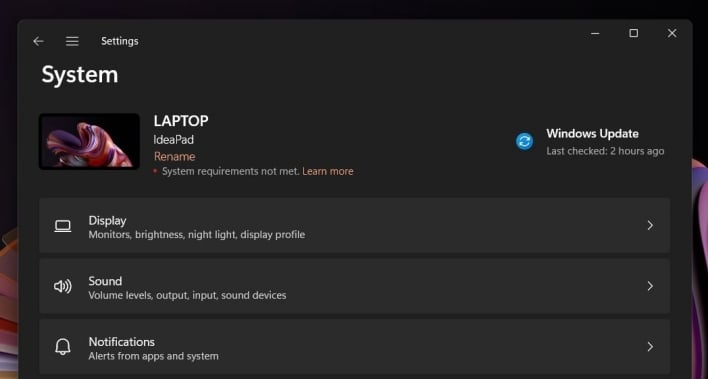