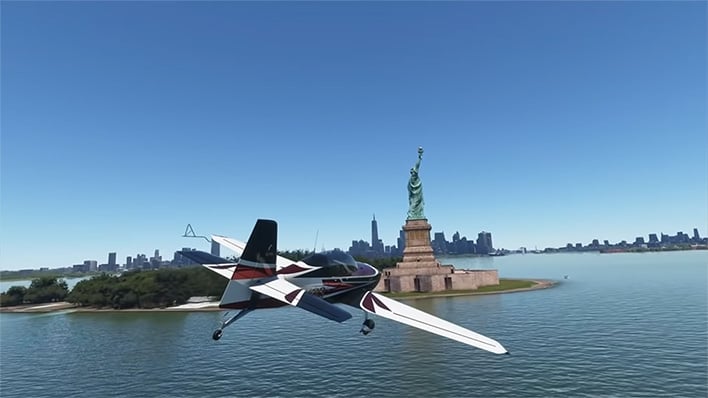 We can hardly wait for Microsoft Flight Simulator 2020 to arrive, because from what we have seen so far, it is the most realistic and gorgeous flight simulator to date. The franchise has certainly come a long way since it launched on MS-DOS nearly four decades ago. Giving a glimpse of what the 2020 release for Windows 10 will bring, some leaked footage of the alpha has found its way to YouTube.
The alpha has been out for several weeks now, and recently received an update with FlightAware real-time traffic data. If things stay on the current trajectory, Microsoft Flight Simulator will shift to a closed beta at the end of this month (July 30th). That will likely be the final round of testing before the simulation launches to the public at large.
In the lead up to the launch, YouTuber user Ify posted a couple of videos collectively showing nearly 13 minutes of gameplay footage. Have a watch...
The first video is the more scenic of the two, as the user takes flight over New York, buzzing by the Statue of Liberty and the Empire State Building (sans King Kong, sadly). It was only uploaded at 720p (HD), though the visuals still look amazing. And at the end, the plane suffers an unfortunate fate, as the pilot overestimated their ability to navigate in between buildings. However, we're told no pixels were harmed in the incident, so that's good.
In the second video, the user ups the ante a bit by uploading the clip at 1080p. Some sections are blurred out and, in my opinion, it is the less interesting of the two. However, it's a calm, soothing ride with mellow music playing in the background, and there are some nice visuals seen from within the cockpit.
It's said Microsoft Flight Simulator 2020 will be around 90GB in size. More over, those who wish to own a physical copy of the game will be looking at a set of 10 DVDs. This brings me back to my earlier days in gaming, when swapping out multiple 5.25-inch and later 3.5-inch floppy disks was the norm. The advent of CDs and DVDs mostly did away with this practice, though not completely, even today, apparently. 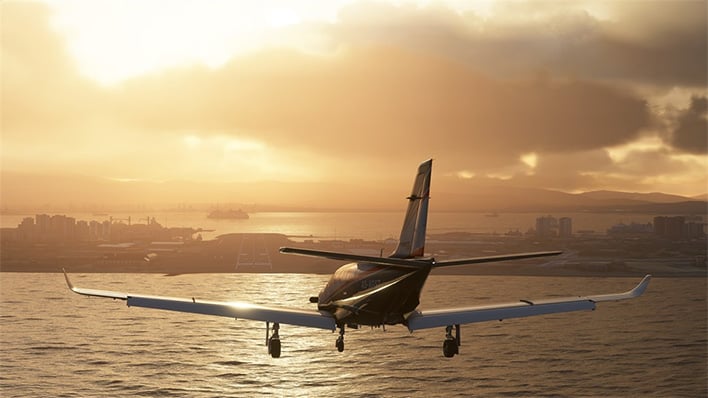 Here's a look at the minimum requirements...
And here are the recommended requirements...
Microsoft Flight Simulator 2020 will launch on August 18 for PC, if all the pre-checks come back clean. For those who are interested, it is available to preorder, starting at $59.99.


**Updated 7/20/2020 @ 2:06pm**
Unfortunately, the fun is now over as both videos have been removed from YouTube. Apparently, Microsoft wasn't too happy about its NDA being broken to present these gameplay videos to the public. However, we have replaced the original videos with mirrored links embedded above.