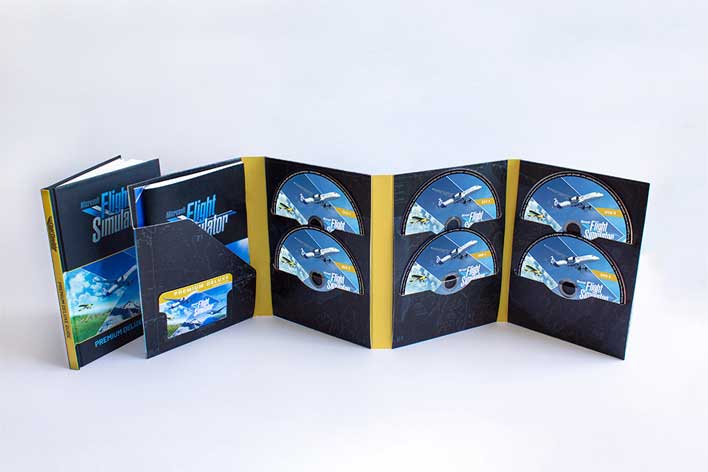 When it comes to games on the PC, the vast majority of people have gotten used to downloading from digital storefronts. However, some people like to have physical boxes and materials that come with retail games, and recent details surfaced about Microsoft Flight Simulator that indicate the game is over 90GB in size.

That's certainly a big download, and those on slow internet connections could find that to be particularly painful. Gamers that do decide to purchase the retail box version of Microsoft Flight Simulator, which is the name of the game, will get ten discs. Details on the boxed version of the game come from Aerosoft, a company specializing in the distribution of simulation games (Aerosoft will be distributing the game in Europe).

As for what's included on the ten discs, Aerosoft Forum Administrator Mathijs Kok talked about content on the discs in an official post:

Any updated files will be downloaded immediately from servers when the game is installed, ensuring players have the latest version of the game. He also notes that the boxed retail version and the download version are 100% the same game. The boxed version Aerosoft sells is also identical to the version Microsoft will sell directly.

Developers of the game confirmed recently that three versions of the game would be available starting at $59.99, and the official launch is set for August 18.