The team behind Microsoft Flight Simulator 2020 has issued its latest development update for the video game. One of the key announcements in this update is that Alpha 5 is coming on July 9. Full build notes will be posted with the release. Currently, the game is in alpha form, but the closed beta is still on track to launch in late July.

Other than the revelation that the Closed Beta will be kicking off late this month, the key announcement in this update comes in a major Partnership Series Update with the addition of FlightAware. FlightAware isn't a name that most people will be familiar with; it's an aviation intelligence company that provides real-time and predictive flight insights to many major aviation companies. The company synthesizes data from thousands of sources around the globe using Machine Learning and AI to give accurate predictions of where a flight is and where it's going. 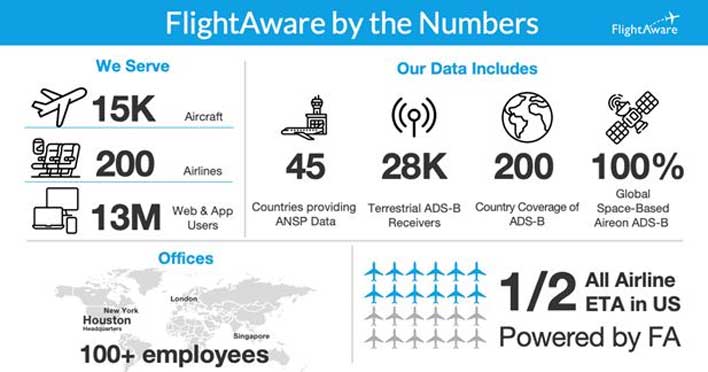 Odds are that anyone who travels or keeps an eye on flight data for a loved one has probably used FlightAware before and may not realize it. The company's data is used in Google flight statuses, airport notification boards, airline systems managing gate flows, private pilots sharing flights, and vast numbers of travelers checking web and mobile apps for information on their flight. FlightAware says that its data stream, called Firehose, will power the real-time, global traffic in Microsoft Flight Simulator 2020.

The data will enable players in the game to see planes near them in real life. The data that powers the system comes from sources like commercial schedules, air navigation service information from 45 countries, VHF and satellite datalinks, worldwide weather, and ADS-B data. FlightAware says that the core of its network is its ADS-B network of 28,000 receivers that are managed by aviation enthusiasts around the globe.

Those enthusiasts capture data on what's happening in the skies above them and transmit the data to FlightAware. Integration of this data is a huge step forward for realism in the game. Essentially what this means is if you're sitting in your living room playing the game and hear an airplane flying overhead, odds are you can see that traffic in your game in real-time.

The development of Flight Simulator 2020 is ramping up significantly. Last week the Partnership Series update added NAVBLUE for flight planning and analysis.