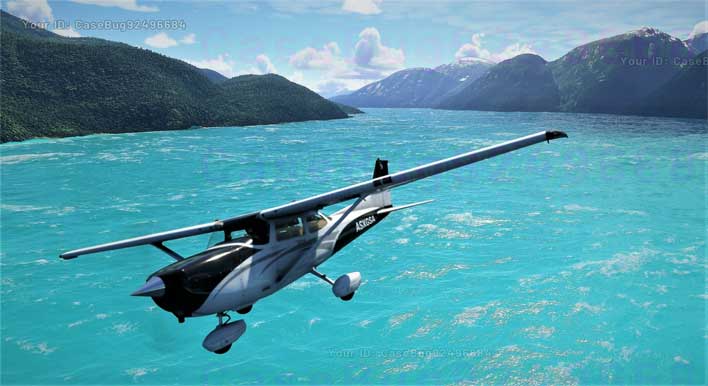 The developers behind Microsoft Flight Simulator 2020 have released the July 9 development update, and the biggest announcement is that Alpha 5 has been released. The game currently sits at Alpha 5 build 1.5.4.0 and is scheduled to enter Closed Beta on July 30. With the update comes a wealth of improved content, bug fixes, and an updated list of known issues. Developers say that the update is focused primarily on community feedback, fixing bugs, and polishing the game overall. 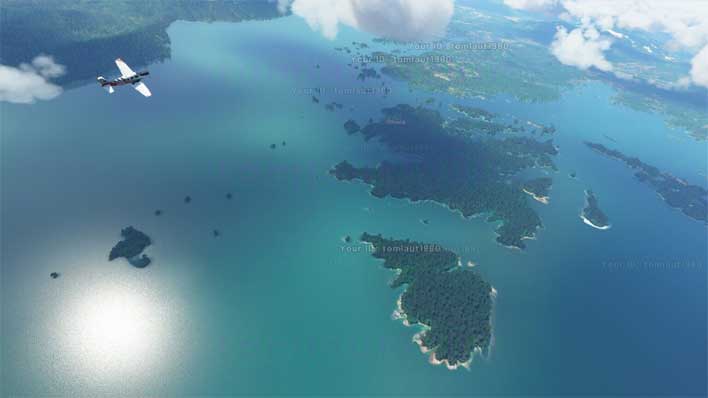 Specifically, all the aircraft in-game have received another round of polish along with updated tuning. The team promises to continue focusing on bugs and to reset their priorities when needed. Microsoft is also actively working on updating the world, airports, scenery, and weather inside the game. Some of the most important changes in the game come with an improved flight model impacting all aircraft in the game. Flight model changes include:

A number of the airports received bugs fixes in the update with missing buildings and signs added. General improvement passes were made to procedurally generated airports to add missing towers based on locations that were defined by users. The Alpha update also addressed issues with peripherals, making it easier to delete individual mappings, and improvements to the trim control mapping for the X52 Pro were made. Inconsistencies between weather reported on the load screen and what appeared in the game have been addressed as well. 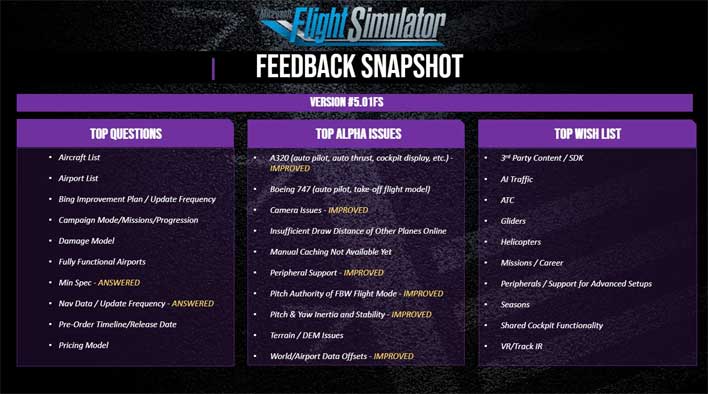 Several fixes for specific aircraft were made, including to the A320neo and Boeing 747-8i. The full changelog for Alpha 5 goes over the fixes made to the game along with an updated list of known issues. All alpha testers will be automatically granted access to Closed Beta. Flight Simulator 2020 developers added FlightAware in the last update and promised a launch date for the closed beta, which has been announced.