The latest Microsoft Flight Simulator 2020 update has been published, and it promises that Alpha 5 is coming in early July. The release date will be unveiled on July 2, with full build notes offered along with the update. Developers are also sending out new Alpha invitations and reminding Alpha testers they will be automatically granted access to the Closed Beta when it launches. The most significant announcement today is a Partnership Series Update that introduces NAVBLUE.

NAVBLUE is software that real world pilots use for flight planning, aircraft performance, flight data analysis, crew planning, and aeronautical charts, along with other functions and features. The company issued a press release that said it was pleased to announce it was selected to supply data solutions for Microsoft Flight Simulator 2020 with an official contract being signed at the end of March 2020. 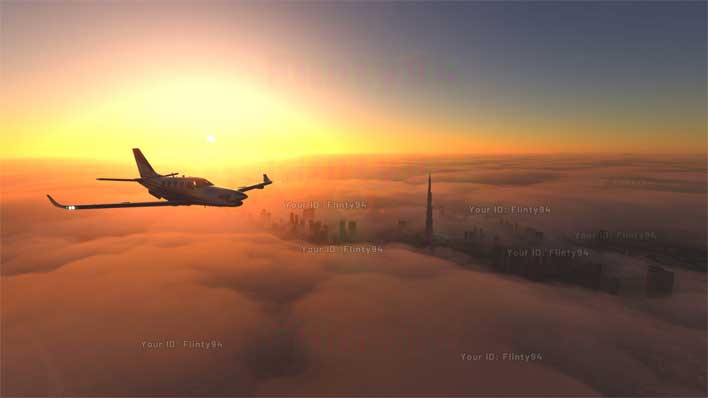 NAVBLUE will provide real-world aeronautical data to Microsoft through its Navigation+ offering. After launch, it will supply Charts+ services to support the realistic experience for the next generation flight simulator. The company will be providing authentic worldwide navigation data of the same sort that is currently used on all major Flight Management Systems and Flight Operation ground support tools. The software tools will be delivered in the international standard format for aircraft navigation known as ARINC424.

Among the data provided will be realistic and accurate aerodrome and terminal procedure charts that are used by professional pilots across the globe, supplied via the NAVBLUE Charts+ functionality. That service will allow gamers and virtual pilots to access actual information about aviation procedures in airports and airspace they are flying in virtually.

NAVBLUE says that partnering with a company in the gaming industry is a new challenge for it, noting that it is proud to be part of the adventure. Jorg Neuman, who is in charge of the game, says that this is the first time the simulation experience will benefit from "regularly proficient updated data," giving a level of realism never before captured in Microsoft Flight Simulator. The Microsoft Flight Simulator 2020 development team announced last week that NAVBLUE would be introduced today, and also noted at the time that other updates were made to the game.