If you were eagerly anticipating that Microsoft might include a refreshed Arm-based model among its next-generation Surface announcements last week, you would have been disappointed when it didn't happen. Microsoft did introduce a Surface Pro 8 and Surface Duo 2, both with x86 hardware inside, but nothing that flexes an Arm chip. What gives? One could be in the works, and AMD might be involved with the design.

This is only a rumor at present, but perhaps a plausible one, given the interest both companies have put into Arm. Let's talk about that for a minute. Earlier this month during the Deutsche Bank Technology Conference, AMD CFO Devinder Kumar fielded a question about Arm, saying AMD has a "very good relationship" with the company, adding "we understand that our customers want to work with us" on Arm-based solutions.
As for Microsoft, it has made efforts to run Windows on Arm hardware, and has offered designs on that front as well. Specifically, the Surface Pro X we reviewed last year. So the question is, are Microsoft and AMD cooking something up on Arm?
Yes, according to a fresh rumor from a forum in South Korea. The actual answer is a far less exciting "maybe, maybe not," because there's no official announcement, and we're not betting the farm on a forum post. We don't even own a farm, so nobody would take such a bet anyway. But we digress. 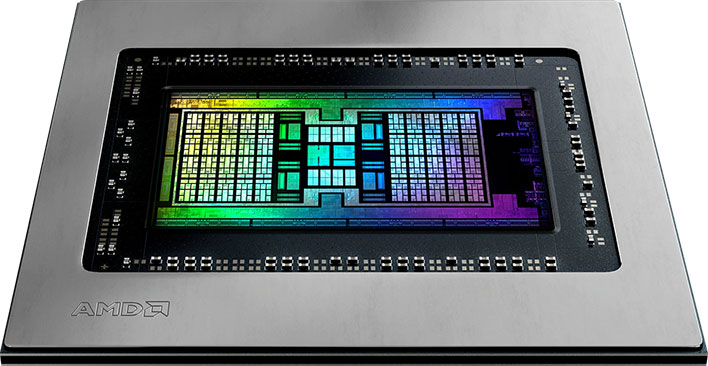 So here's the rumor. It's said AMD is tapping its longtime manufacturing partner TSMC to build the chips on its 5-nanometer manufacturing process. Supposedly, AMD initially sought out Samsung, but it ran into yield problems, thereby pushing back the release. Assuming that's true (and we're not saying it is or isn't), then perhaps the original intent was to have a new generation Arm-based Surface product announced alongside the Surface Pro 8 and Surface Duo 2.
To that end, it's further stated that AMD wanted to get this done in 2021. Shipments of chip samples are apparently "not far away," but there's no mention of exactly when—maybe an unveiling at or around CES in January of next year, if we had to venture a guess.
AMD's custom Arm chip is said to be based on the Cortex X1. It will not have an integrated modem and will instead lean on Samsung and its Exynos hardware for 5G modem chores, but it will pack an AMD GPU, according to the rumor. Presumably we're looking at an RDNA 2 infusion.
The GPU reportedly features eight compute units, with the targeted performance coming in lower than a GeForce GTX 1050, and higher than anything Qualcomm has to offer at the moment.
Where exactly this might end up, it's not said. Are we looking at a Surface Pro X 2 or a Surface Go X, or perhaps even a brand new Surface product line? None of that is mentioned, and at this point, AMD designing a custom Arm CPU for Surface is just a rumor, albeit a potentially enticing one.
Circling back to Kumar's recent comments, let's also not forget that Samsung is working on a version of its Arm-based Exynos SoC that will also incorporate RDNA 2 graphics, which could potentially find its way to the Galaxy S22. So, next year could be an interesting one, as it relates to AMD's efforts in the Arm space.