Microsoft this morning announced the Surface Pro 8, which leaked over the weekend. As we learned from the previous leak, the Surface Pro 8 has received a significant redesign with slimmer bezels for the larger 13-inch display (compared to 12.3 inches).

Speaking of the display, Microsoft cranked up the maximum refresh rate from 60Hz to 120Hz. Windows 11 will ensure that the display runs at 60Hz by default but can crank to 120Hz when needed (i.e., for fast-paced action on-screen, for touch, or when using the stylus) via Dynamic Refresh Rate.

The new 2-in-1 convertible uses Intel’s 11th generation Tiger Lake processors (providing up to 16 hours of battery life) and can be configured with up to 32GB of RAM. The USB-A ports have been tossed aside, and in their place are two Thunderbolt 4 (USB-C) ports. However, one thing that didn’t get the boot is the familiar Surface Connect port for charging the device and attaching proprietary accessories. 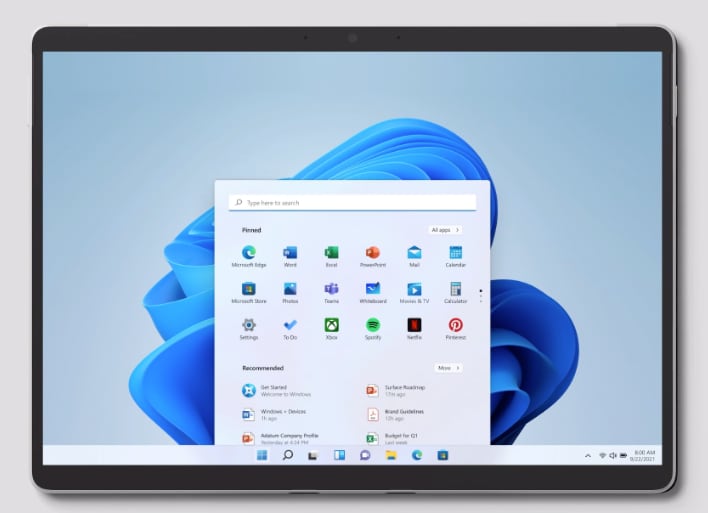 Speaking of accessories, the Surface Pro Signature Keyboard has space for the new Surface Slim Pen 2. The Surface Slim Pen 2 charges when it’s placed in its little nook above the keyboard. In addition, the stylus has reduced latency compared to its predecessor. Finally, it features a tiny haptic motor built-in to mimic the feeling of writing/drawing on actual paper, which is a nice touch. 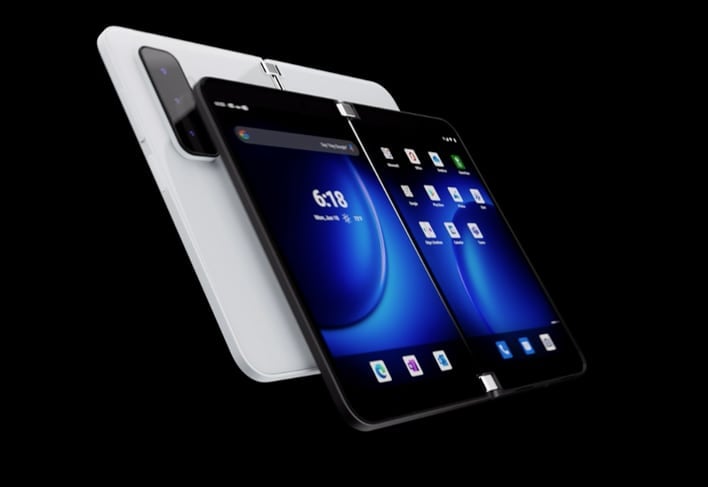 Also along for the ride is the Surface Duo 2 (which also leaked frequently) Android flagship. As expected, the dual PixelSense displays (now running at up to 90Hz) open to give 8.3 inches of screen real estate. However, the displays now curve at the hinge point. That opens up a new dynamic with a visible strip along the “spine” of the Surface Duo 2 when it’s closed. You can quickly check your battery charging state, incoming calls, email/Microsoft Teams notifications, and more. 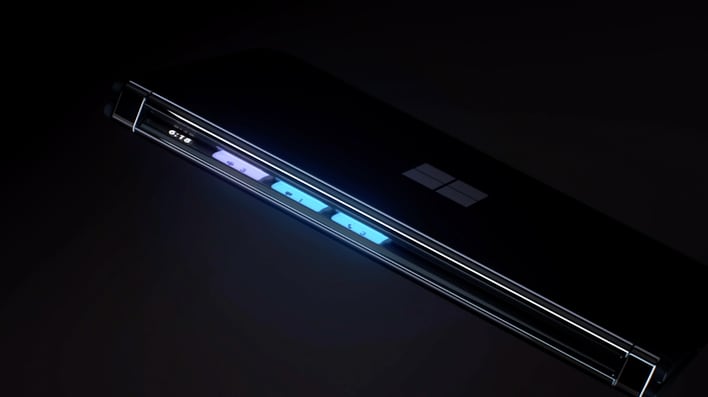 Powering the Surface Duo 2 is the Qualcomm Snapdragon 888 SoC, which of course, means that it has 5G support (which was oddly missing from its predecessor). Microsoft also beefed up the camera system, giving customers three sensors on the back (wide, ultra-wide, telephoto). The latter two cameras even include optical image stabilization to reduce camera shake and improve low-light photography. 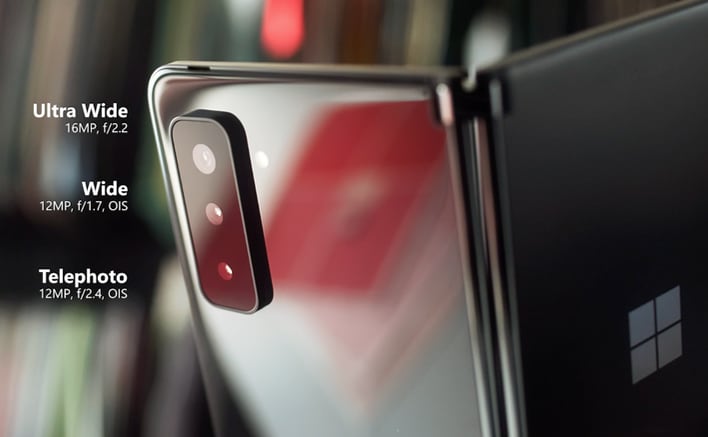