Given that Qualcomm is the dominant force in the Android realm when it comes to mobile SoCs, it’s easy to forget that there are other competitors out there like Samsung’s Exynos family and offerings from MediaTek. MediaTek raised eyebrows last year with its flagship Dimensity 1000 flagship SoC that offered an integrated 5G modem, and today, the company is announcing an update to that chip called the Dimensity 1000+.

While this is not a complete architectural overhaul, its “+” suffix does bring with it some welcome enhancements over the standard Dimensity 1000. For starters, there is now support for 144Hz displays, which should make the SoC more appealing to smartphone OEMs that want to deliver value-priced flagship smartphones. Once you’ve seen 90, 120, and 144Hz displays in action with their silky-smooth animations, it’s hard to go back to standard 60Hz displays.

There’s also what MediaTek calls HyperEngine 2.0, which includes a number of specific optimizations to improve your gaming experience. These include a Resource Management Engine for acting as a “traffic cop” monitoring CPU/GPU/memory resources and a Network Engine for optimizing 4G and 5G connections. There are policies in place to minimize lag while gaming to ensure that your Wi-Fi connection is not hindered while you’re simultaneously using a Bluetooth controller during your gaming sessions. There are also MiraVision video processing optimizations for HDR10+ playback and upscaling SDR content to HDR quality. 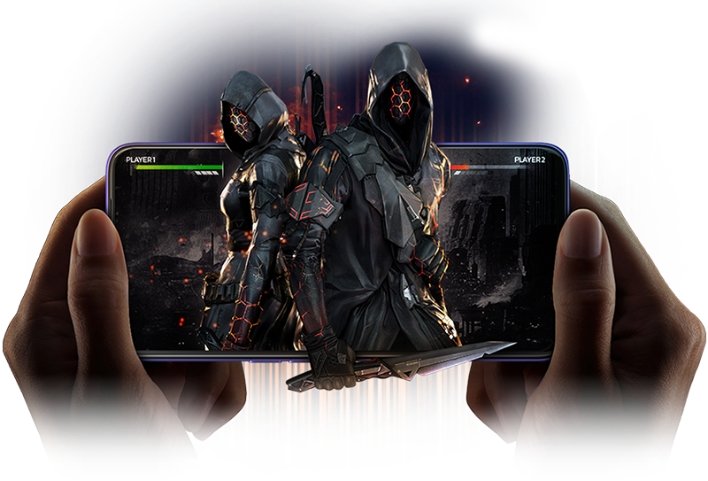 In case you haven’t already realized this, Dimensity 1000+ is really targeting the gaming market, although there’s no indication from MediaTek that CPU/GPU clocks have been boosted in comparison to the standard Dimensity 1000 to increase performance.

MediaTek isn’t giving a set timetable for when the first flagship devices will debut with Dimensity 1000+, but it does say that they “will be available in the market soon”. The only high-profile device so far to us the existing Dimensity 1000 is the OPPO Reno3, so it will be interesting to see if MediaTek is able to court additional customers for the Dimensity 1000+. It would definitely be a cheaper alternative to the Qualcomm Snapdragon 865, which requires the purchase of a separate Snapdragon X55 5G modem.

MediaTek recently garnered some negative attention in the headlines when the company was caught red-handed “cooking the books” with respect performance of its Helio P95 SoC in specific benchmarks. Its actions were so egregious that UL delisted over 50 smartphones using the Helio P95.