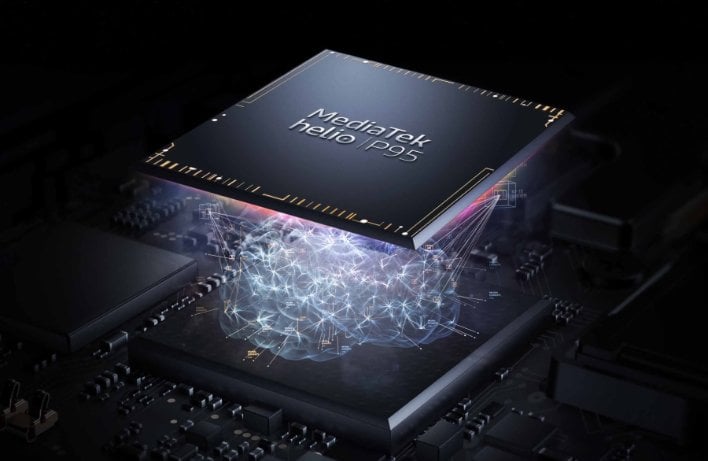 A week ago, we brought you news of a cheating scandal involving MediaTek and its popular [with low-end smartphones] Helio P95 SoC. The company was found to be gaming the system in UL's PCMark benchmark utility, posting overall scores that were inflated by as much as 30 percent due to a hidden “Sports Mode”.

The Helio P95 scores were so high in fact, that they outpaced the performance of MediaTek's flagship Dimensity 1000 5G SoC. AnandTech's initial investigation prompted a response from MediaTek, but it denied any wrongdoing, and didn't admit to cheating. Instead, the company stated the following:

Many companies design devices to run on the highest possible performance levels when benchmarking tests are running in order to show the full capabilities of the chipset. This reveals what the upper end of performance capabilities are on any given chipset...

We believe that showcasing the full capabilities of a chipset in benchmarking tests is in line with the practices of other companies and gives consumers an accurate picture of device performance.

Now, it's UL turn to drop the hammer, and the company is delisting over four dozen individual smartphones from 25 different vendors based on AnandTech's findings. According to UL, these devices will appear as "unranked" and will no longer feature a PCMark score. They'll be posted at the very bottom of the rankings for Android phones as a result.

Delisted smartphones include those using the following chipsets:

UL's own findings backed up the results uncovered in the original investigation, and it admonished MediaTek for its "misleading claims", writing:

Using hidden mechanisms to detect benchmarking apps by name and make app-specific performance optimizations is not an "accepted industry standard." It is, in fact, the very opposite of the accepted standard.

Likewise, benchmark scores based on hidden app-specific optimizations and settings that are enabled by default and not available to the user do not accurately reflect a device's true performance in everyday use.

In the end, even though MediaTek tried to dance around the subject of cheating and claim that other manufacturers employ similar tactics, UL has thankfully put the smackdown on those assertions. Being that this is not the first time that such cheating has been uncovered in the smartphone world, hopefully companies will finally wise up and realize that gaming the system isn't worth the risks or bad PR that come with it.