While we were presented with black and white drawings of the LG's Velvet smartphone earlier this month, the South Korean electronics manufacturers is presenting the real deal now via its YouTube channel. The renders clearly show off the new "3D Arc Design" influence that LG wants to bring to its smartphone lineup.

"Our upcoming smartphone will draw on the rich history of classic LG designs which have always been distinctive at first touch," said vice president Cha Yong-duk, who severs as head of LG’s Mobile Communications Design Lab. "This handset will be a first-look at the competitive edge we will be bringing to every LG smartphone going forward."

The sleek design reveals what looks to be three cameras on the rear that are joined by a single LED flash. There are smooth curves along the sides and edges, and there appears to be some kind of reflective coating on the back of the white model which causes it to change colors as it shifts in the light. 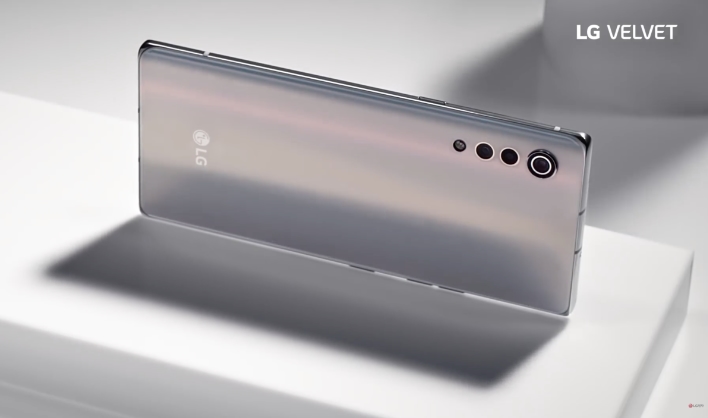 Up front is a large display with minimal bezels and a small notch at the top for the selfie camera. Overall, it's a very attractive design that is a clear improvement over the stodgy looks that have come to grace LG's current "V" family of smartphones. LG is also adding a splash of color with Velvet by making it available in black, red and green (in addition the aforementioned white). 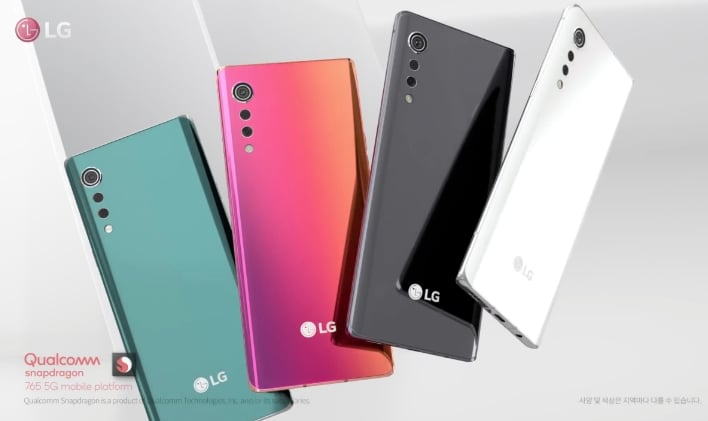 LG still hasn't given us a timeframe for when it plans to officially launch the Velvet, but we can't imagine that we'll have to wait much longer at this point.