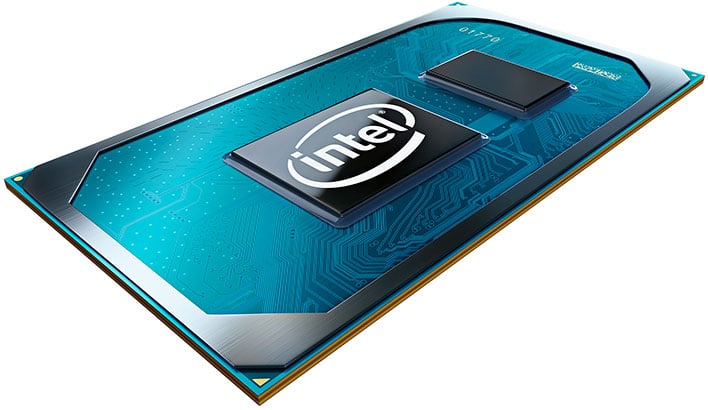 There has been a flood of Tiger Lake leaks over the past several weeks (and months, really), and it does not look like they are slowing down. Case in point, a Lenovo ThinkPad laptop sporting an Intel 11th generation Core i7-1165G7 processor with Xe graphics in tow has made another cameo in the Geekbench database.
The Core i7-1165G7 is an unreleased Tiger Lake-U processor for ultrathin and light laptops. It is built on Intel's enhanced 10-nanometer manufacturing process (10nm+) and features four Willow Cove processor cores with HyperThreading support (so eight threads).
While specifications may change when the chip actually releases, leaks indicate it runs at a 2.8GHz base clock and a 4.7GHz boost clock. It also sports 12MB of L3 cache and 5MB of L2 cache. And of course it is rocking graphics powered by Intel's Xe architecture, with 96 execution units (EUs).
If you followed the leaks and rumors scene, then might assume it was Twitter user APISAK who spotted the latest Core i7-1165G7 cameo on Geekbench, and you would be correct. There are a whole bunch of new entries, with the highest OpenCL score being 59,845. 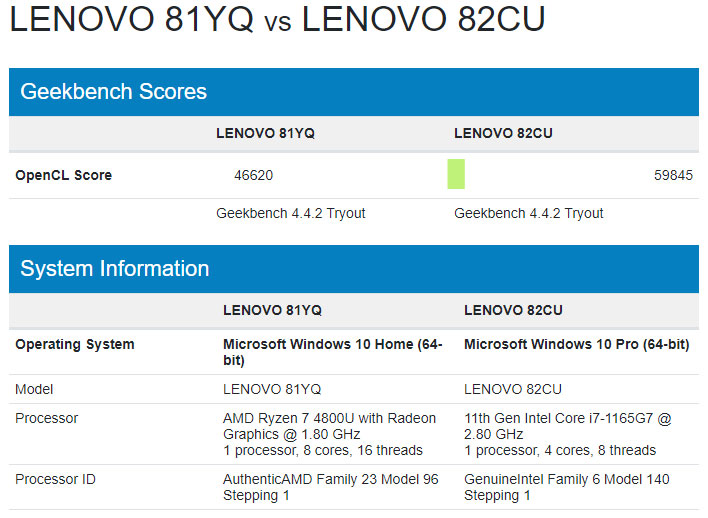 Sorting through the scores for a Ryzen 7 4800U, the Core i7-1165G7 comes out a bit ahead of the fastest entry we could find, as shown in the screenshot above.
Shifting our focus to Geekbench's single-core performance test, we can compare to the same processor, and see an interesting result. Have a look... 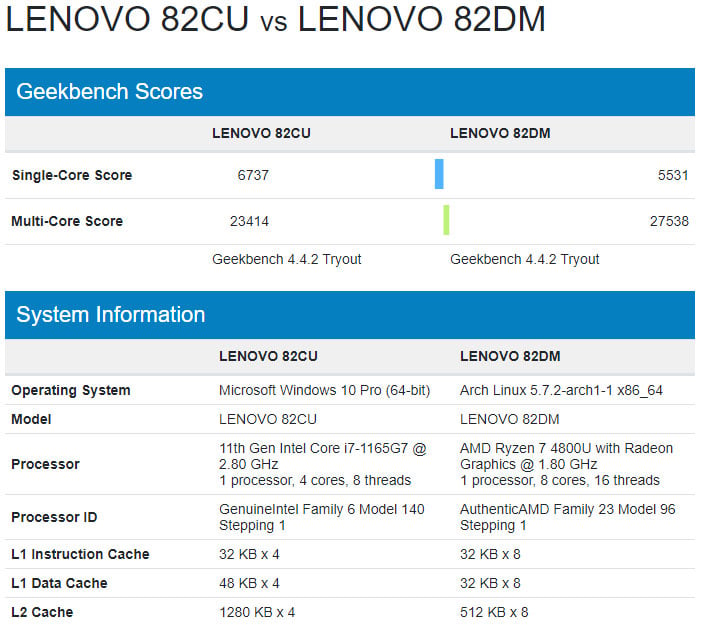 In the single-core test, the Core i7-1165G7 result is nearly 22 percent faster than the Ryzen 7 4800U. Bear in mind that Intel's chip is also running faster, at 2.8GHz to 4.7GHz versus 1.8GHz to 4.2GHz. Still, it is an impressive showing.
Naturally, the Ryzen 7 4800U leads in the multi-core test, as it has twice as many cores and threads. It did not blow the Intel part out of the water, though.
Interesting stuff, though we'll have to wait until we get our hands on some actual silicon and run performance comparisons ourselves before drawing any conclusions.