Earlier this morning, Intel’s Gregory "GB" Bryant and Ryan Shrout had some interesting banter on Twitter regarding a Tiger Lake-based prototype notebook. Shrout teased that he had something “incredibly cool” he wanted to show off, but needed clearance from the top brass to do so. GB (as Bryant is known) appeared to shoot down the request, but that was obviously all in good fun, because a few hours later, Shrout Tweeted a video clip spilling the beans anyway.

What the video clip shows is a prototype, Tiger Lake-based, thin and light Ultrabook, smoothly running Battlefield V on Intel’s Xe graphics engine. The game was configured to run at 1080p (1920x1080), with the High-Quality graphics preset and 100% scaling, using the DX11 code path. As you’ll see, it appears the prototype system is able to hum along nicely at right around the 30 FPS mark (give or take a few frames per second) for the entire duration.

Perks of the job! Took a prototype Tiger Lake system for a spin on Battlefield V to stretch its legs. Impressive thin and light gaming perf with Xe graphics! Early drivers/sw, but it’s the first time I’ve seen this game run like this on integrated gfx. More later this year! pic.twitter.com/f1Qlz2jMyB

Since this is an early prototype notebook and Tiger Lake is not quite ready for prime time, there will likely be additional optimizations made to the platform to bring performance up even higher. Not only will Intel be tuning the drivers for the Xe graphics engine, but the power and cooling profiles for thin and light laptops, like the one shown, are often tweaked to extract maximum performance right up until they are released (and are often continually tuned afterward).

Although the game settings were disclosed, we don’t know the exact hardware configuration, system memory speed, frequencies, etc. It’s likely this is a full implementation of the Xe GPU in Tiger Lake with 96 EUs, but we are not certain and that hasn’t been confirmed at this point. Regardless, seeing this kind of performance with a graphically-demanding AAA game title like Battlefield V is interesting to say the least. 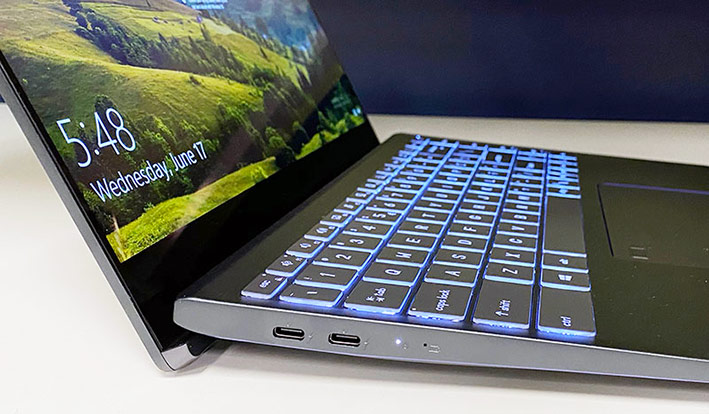 With the newfound pressure on Intel brought by rival AMD with its Ryzen 4000 series mobile processors, competition in the laptop space is heating up. When Tiger Lake arrives later this year, it will be going head-to-head with U-series Ryzen 4000 series processors with Radeon graphics, which should be potent contenders if currently available H-series Ryzen 4000s are any indicator. A leading-edge CPU architecture with powerful next-gen graphics, is the exactly the shot in the arm Intel needs.