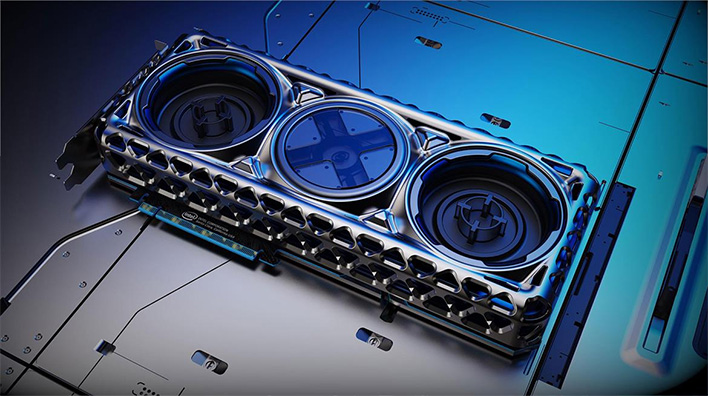 In recent weeks, Intel has been sharing some additional details about its discrete GPU plans, especially during its Architecture Day 2020 event last week. From a consumer standpoint, one of the more interesting revelations is the slotting of a high-end Xe-HPG GPU optimized for gaming into the lineup, which is scheduled to arrive sometime next year. In addition to what Intel has shared publicly, there is a report that it will tap TSMC to build its Xe-HPG chips on a 6-nanometer manufacturing process.
The only part about about manufacturing that is officially confirmed right now is that Intel plans to source its Xe-HPG GPUs from an external source, rather than fab them itself. However, Intel has not stated which fab partner it intends to work with for its gaming GPUs. Even though TSMC seems like the most likely partner, it is not the only conceivable one.
Nevertheless, the folks at ITHome believe it is a foregone conclusion, citing "foreign media" reporting last month that TSMC had obtained 6nm foundry orders from Intel, in light of the delay Intel announced with regards to its own 7nm manufacturing. According to the site, TSMC intends to win Intel's GPU foundry orders next year with 6nm, if it has not already done so.
This is certainly plausible, as far as leaks and rumors go. During a recent earnings call, Intel CEO Bob Swan said Intel discovered a "defect mode in our 7-nanometer process that resulted in yield degradation," prompting another six-month delay.
"We are seeing an approximate six-month shift in our 7-nanometer based CPU product timing relative to prior expectations. The primary driver is the yield of our 7-nanometer process, which based on recent data, is now trending approximately 12 months behind our internal target," Swan said.
Swan also mentioned having "contingency plans" in place to "hedge against further schedule uncertainty," adding that Intel is prepared to "use somebody else's process technology." The only thing he did not definitely state is what fab Intel will work with, though in a previously leaked memo, Intel did allude to TSMC's 7nm manufacturing having helped AMD be competitive.
All that said, Intel will be launching its Xe graphics architecture with Tiger Lake in low power form. The version that is optimized for mid-range and high performance gaming (Xe-HPG) will be a burlier version in discrete form, with support for real-time ray tracing, variable rate shading, and image sharpening.