Intel's ultra-portable Tiger Lake aspirations got off to a great start and reset the playing field for laptop performance, once retail examples broke cover last week. We've all been interested in seeing what the company would do for an encore in segments where power budgets are higher. Current speculation is that Intel might be ready to talk about Tiger Lake-H processors around CES, and perhaps in conjunction with its first discrete GPUs in more than 20 years. However, we might already know quite a bit more than that about the world's biggest x86 chip maker's plans, thanks to leaks inside notebook manufacturers.

According to the sleuths at Notebookcheck, moles inside some OEMs have indicated that Tiger Lake-H will come in 35W and 45W flavors with upwards of eight Willow Cove cores, and Intel will build those chips on the same 10-nanometer process as its other 11th-gen CPUs. That's the same CPU architecture as what we tested in ASUS's impressive Zenbook Flip S, only with more than twice the power budget and exactly two times the number of cores. Those same sources claim that the integrated graphics processor on Tiger Lake-H chips will have up to 32 EUs and be capable of outputting 8K video at 60 Hz. These processors will purportedly support 128 GB of DDR4-3200 memory and carry 20 lanes of PCI Express 4.0 connectivity. Another 24 lanes of PCIe 3.0 will apparently come from the PCH.

On the other hand, Alder Lake is the follow-up to Intel's Lakefield CPU family, like the Core i5-L16G7 found in the Wi-Fi version of Samsung's Galaxy Book S. Lakefield kind of stumbled out of the gate in comparison to the already-capable Qualcomm Snapdragon 8cx, so Intel has supposedly beefed up its game. Notebookcheck's sources went into a lot of detail on the two families of cores found in Alder Lake. In addition, there are two distinct lineups of Alder Lake processors, known as Alder Lake-S and Alder Lake-P, and neither of those are the sort of thing you'll see in a thin and light notebook. 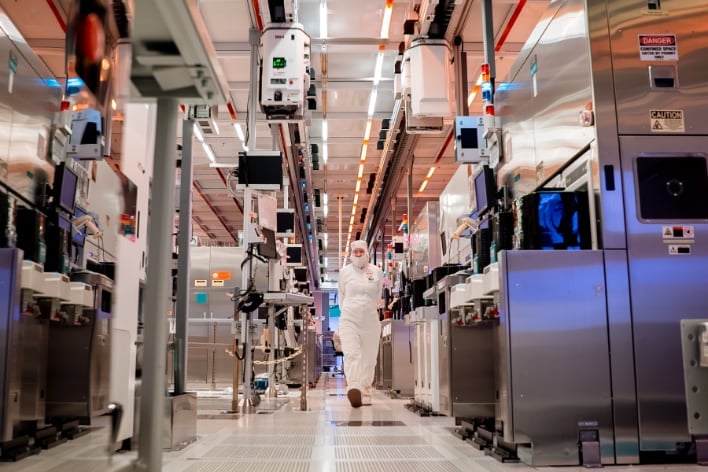 At the top end, we already knew that Alder Lake-S could come with eight big Golden Cove cores and eight more Gracemont cores. Golden Cove is the follow up to the still-fresh Willow Cove processor cores found in Tiger Lake. Gracemont is a sequel to the small Tremont cores found in the previous Lakefield processors. Those processors are expected to have a TDP upwards of 125 W. These processors are expected to also have a 32 EU serving of integrated graphics, and may be offered alongside discrete Xe GPUs in high-end desktops.

Below that, Alder Lake-P is slated to have six Golden Cove cores while retaining the eight smaller Gracemont units. Notebookcheck's sources confirmed that Alder Lake-P has a BGA mount, indicating that it is a laptop part. The GPU aboard the mobile design is expected to have 96 EUs, which probably means it's intended to stand alone without a dedicated Xe GPU. That doesn't mean it won't have a GPU alongside, though, especially in a gaming notebook.

Outside of the CPU architecture, it's also expected that these CPUs will usher in PCI Express generation 5 and a host of other technologies. The high-power Alder Lake-S will have Thunderbolt 4 thanks to a Maple Ridge 8000-series Thunderbolt controller. Alder Lake-S, on the other hand, will double that in laptops with a pair of those Maple Ridge controllers. The integrated GPU will support Intel's Gaussian and Neural Accelerator 3.0. In addition, the Alder Lake family will supposedly support 802.11axR2, an updated version of the 802.11ax spec, and be the first Intel chip to implement Multi-Key Total Memory Encryption. Intel recently introduced support for this feature to the Linux kernel, and Intel's Open Source Technology Center has a PDF that digs deep into the topic.

CES is just a couple of months away, so if that's when Intel plans to unveil these chips officially, we'll bring details as they become available.