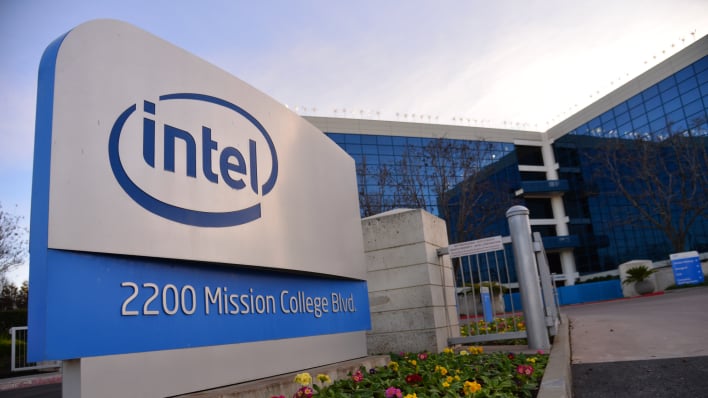 On Thursday, Intel reported third-quarter financial results, which showed revenue up over expectations but down year-over-year. However, Intel also noted a rather significant dip in datacenter revenue, which spooked investors. This information was enough to kick Intel shares into a slump since the report came out, dropping the stock price approximately 11%.

Bob Swan, Intel CEO, reported that Intel’s “teams delivered solid third-quarter results that exceeded our expectations despite pandemic-related impacts in significant portions of the business.” At present, Intel is predicting growth through the end of 2020 as its “remain(s) confident in our strategy." Its goal is to provide "long-term value" through delivering "leadership products and aim to win share in a diversified market fueled by data and the rise of AI, 5G networks, and edge computing.”
Intel’s strategy may be for a long-term power play over AMD, but its close rival is making leaps and bounds in the marketplace in the short-term. In August, we reported that AMD’s market share was growing, hitting its highest market share percentage since 2013. This was before the Zen 3 launch, so it can be expected that the numbers for AMD will continue to grow.

And whereas AMD is humming along with its processors on the 7nm process node, Intel is still relying on 10nm and 14nm nodes. The latest Tiger Lake mobile processors are on the 10nm node and we will be waiting until Q1 2021 for Rocket Lake-S desktop processors to arrive to see how Intel wrings out every last drop of performance on the 14nm node that we have seen for the last 6 years. Intel's transition to 7nm has been hit with a delay, so the company will likely be relying on its 10nm process node for longer than previously expected. If push comes to shove, however, Intel has other options when it comes to shifting to smaller process nodes for future products. "I would say we feel very confident in the ability of us being able to port to TSMC,” said Swan in an earnings call yesterday.

Switching gears over to Data Center Group (DCG) revenue, Intel reported a decline of 10% year-over-year. AMD and NVIDIA have both become more assertive in the market, giving Intel some more competition. NVIDIA’s acquisition of Arm and the build-out of GPU compute units, alongside AMD’s presence in data-center processing certainly gives Intel a run for its money. However, Intel has other reasons to cite for the decline:

In the Data Center Group (DCG), Cloud revenue grew 15 percent YoY on continued demand to support vital services in a work and learn-at-home environment. At the same time, a weaker economy due to COVID-19 impacted DCG's Enterprise & Government market segment, which was down 47 percent YoY following two quarters of more than 30 percent growth.

As you can see above, Intel attributes much of the downturn to COVID-19, which meant decreased spending from businesses and government agencies. Many businesses in particular have cutback on spending, as nearly every sector has been hit in some way or another by COVID-19. On the plus side, Intel's revenue from cloud services saw a 15 percent increase -- also likely due to COVID-19 -- as more people work from home and conduct business and perform transactions online instead of in-person.

For the full year, Intel is expecting revenue to hit a record $75.3 billion, which is slightly above its previous guidance of $75 billion. The company also raised earnings-per-share for the full year from $4.85 to $4.90.