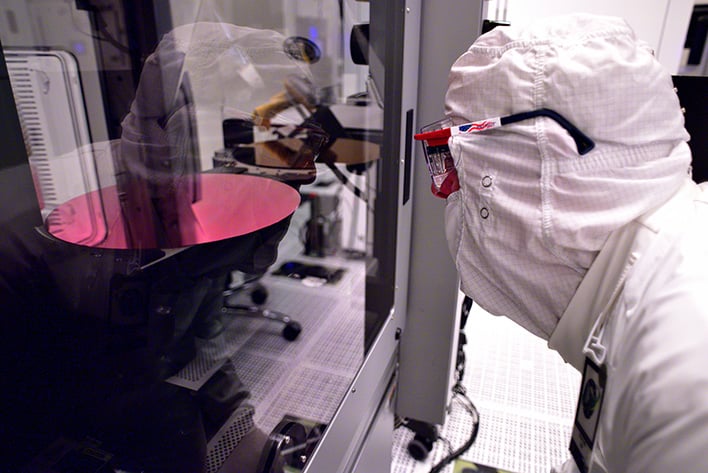 Intel has some catching up to do, assuming AMD's recently announced Ryzen 5000 lineup lives up to the performance claims (and early benchmark results in Cinebench R20 suggest it will). How will Intel respond? With yet another iteration of its 14-nanometer manufacturing, of course. However, rumor has it Intel's upcoming Rocket Lake-S processors will bring some fast turbo clocks to the table.
Raw clockspeed gains could be piece of the puzzle, in Intel's attempt to regain the performance crown, if it ends up losing it to AMD. And it likely will—Zen 3 aims to deliver a sizable IPC (instructions per clock) uplift over Zen 2, to the tune of 19 percent. And in gaming performance, AMD essentially claims it beats or at least matches Intel nearly across the board.
Rocket Lake-S represents Intel's next major desktop CPU launch. The upcoming chips will be labeled as 11th generation Core processors, and it is not exactly going out on a limb to predict faster clocks and other tweaks. But how much more can Intel truly squeeze out of its 14nm node, before finally leaving it behind for its flagship parts?

According to Twitter user @MebiuW, who has posted some accurate leaks in the past, the Core i9 variant of Rocket Lake-S will hit a turbo clock of 5.4GHz to 5.5GHz, while at least one of the Core i7 SKUs will turbo to 5GHz to 5.2GHz. The leaker claims Rocket Lake-S will handle an all-core overclock to 5GHz without any trouble.
That is an interesting proposition. For context, here is a rundown of the clockspeeds a few Comet Lake-S processors...
Note that the Core i9 parts also feature Intel's Thermal Velocity Boost feature, which allows the Core i9-10900K and Core i9-10900 to hit a single-core boost of 5.3GHz and all-core boost of 4.9GHz, in ideal conditions.
So brace yourself for faster boost and overclocking speed capabilities, if the information on Rocket Lake-S proves accurate. The leaker doubled down on Rocket Lake-S supporting PCI Express 4.0 (16+4), though that is no longer a revelation, since Intel recently confirmed that tidbit.

In a separate leak on Facebook, another leaker who has been reliable in the past, ITCooker, says that even though Rocket Lake-S is another 14nm series, it is a major architectural upgrade with gaming performance that is "a lot stronger" than Comet Lake-S (based on Facebook's translation of the post). It's also said that AVX512 will be added to the mix.
It will be interesting to see Rocket Lake-S will truly offer for enthusiasts. We still have to wait a bit to find out—Intel intends to launch Rocket Lake-S processors in the first quarter of next year.