Earlier this week, Intel confirmed that its Rocket Lake-S processors are coming during Q1 2021. Interestingly, Intel made the announcement just one day prior to AMD’s unveil of its Zen 3-based Ryzen 5000 processors. Coincidence? We think not.

With that being said, 11th generation Rocket Lake-S engineering samples have been running around in the wild for the past few months. Now, a new example has been spotted by ITCooker, which alleges to have obtained benchmarks confirming PCIe 4.0 support with a Z490 motherboard. Now if you recall, Z490 motherboards launched earlier this year alongside 10th generation Comet Lake-S, and some even were labeled as PCIe 4.0-ready. However, Comet Lake-S doesn’t support PCIe 4.0 lanes.

That changes with Rocket Lake-S, which when paired with a compatible Z490 motherboard should allow Intel customers to achieve the same PCIe 4.0 speeds that Ryzen 3000 + X570 users have enjoyed for over a year. In this case, the unidentified Rocket Lake-S processor was paired with an ASRock Z490 Taichi motherboard and a Seagate FireCuda 520 PCIe 4.0 SSD. The SSD was able to put up sequential read/write speeds of nearly 5,000MB/sec and 4,266MB/sec respectively. Also onboard was an AMD Radeon RX 5700 XT, which was confirmed to be using a PCIe 4.0 x16 bus interface. 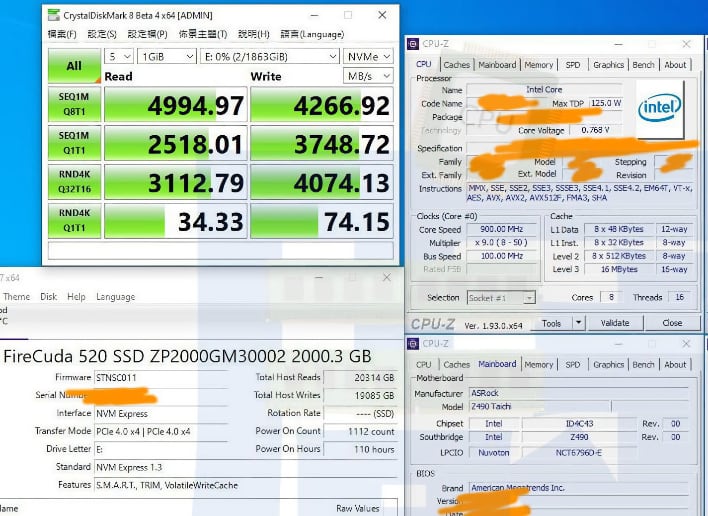 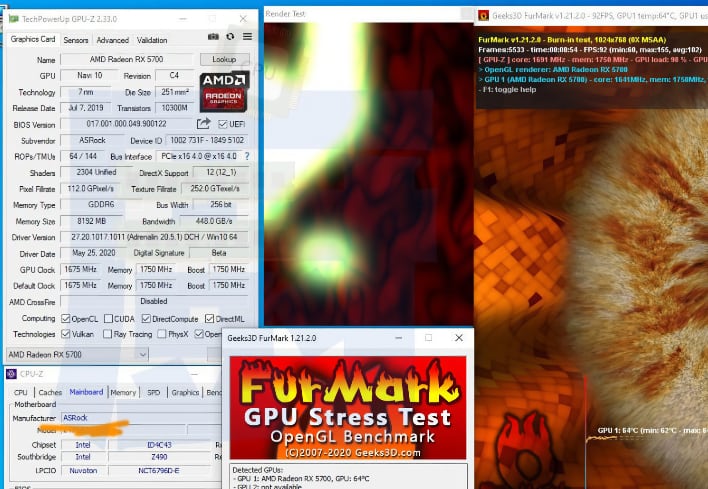 Rocket Lake-S is reportedly the end of the line for Intel’s 14nm process node, which has more than overstayed its welcome. In addition to bringing the aforementioned PCIe 4.0 support, Rocket Lake-S will also support Thunderbolt 4 and 12th generation Iris Xe integrated graphics. It’s also rumored that the Willow Cove CPU cores found in the Tiger Lake have been backported to Rocket Lake-S, where they are now called Cypress Cove.

In the meantime, AMD is claiming complete performance dominance over Comet Lake-S processors with its Ryzen 5000 family, which is capped off by the 16-core/32-thread Ryzen 9 5950X. AMD will have at least five months to strut its stuff with regards to performance until Rocket Lake-S arrives with a rumored 20 percent uplift in IPC and even higher turbo clocks.