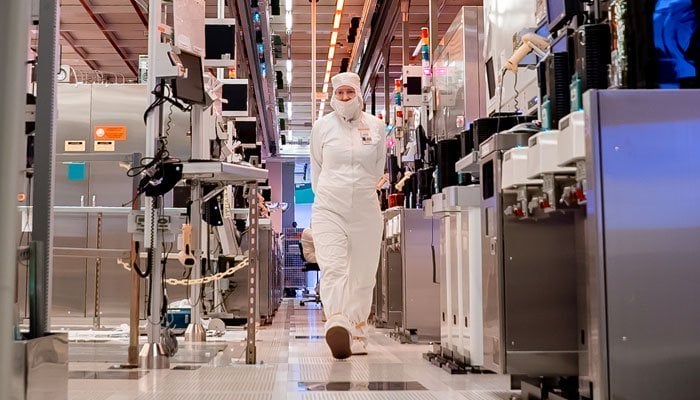 We’ve all been waiting patiently for Intel to release its Comet Lake-S desktop processors to counter AMD’s Ryzen 3000 family. AMD has been running the tables with its multi-threaded Zen 2 beasts, and Comet Lake-S is seen as the likely last hurrah for the company’s 14nm process tech – at least on the desktop side.

Today, we’re getting an early look at an alleged Core i7-10700K processor, which slots in under the flagship Core i9-10900K that we’ve seen on numerous occasions. According to the benchmark result, which comes courtesy of leakster TUM_APISAK, the Core i7-10700K has 8 cores that are capable of executing 16 threads.

The processor also allegedly has base clock of 3.8GHz and features a turbo frequency of 5.3GHz. For comparison, the Core i9-10900K has an additional two cores, and has a stated turbo clock of 5.1GHz. We’d attribute the turbo clock advantage for the Core i7 chip to it having two less cores to keep cool. And the rumors we’ve heard about heat concerns with the Core i9-10900K leads more credibility to this line of thought.

Based on its core counts and clock speeds, it looks as though the Core i7-10700K would be positioned to go up against the Ryzen 7 3800X and Ryzen 7 3700X, both of which are 8-core/16-thread processors. AMD has been very aggressive with pricing on the chips, which are currently selling for $339.99 and $309.95 on Amazon. For comparison, the closest current-gen Intel processor that matches that core configuration is the Core i9-9900K that rings in at around $524.

Motherboards manufacturers are reportedly ready to go with their Z490 motherboards, so we’re just waiting on Intel to give the go-ahead on the Comet Lake-S launch.