Just last week, a new Eurasian Economic Commission (EEC) listing tipped the pending release of nearly a dozen Z490 motherboards from MSI, which will presumably launch alongside Intel's upcoming Comet Lake-S desktop processors. That launch must be getting close, because ASRock has seemingly revealed its Z490 lineup as well.
Unlike MSI, ASRock has not pushed out a list of upcoming motherboards to the EEC site, or at least not one that has been made public yet. Instead, it is ASRock's Polychrome Sync utility that might have spilled the beans on what future motherboard models are lying in wait. 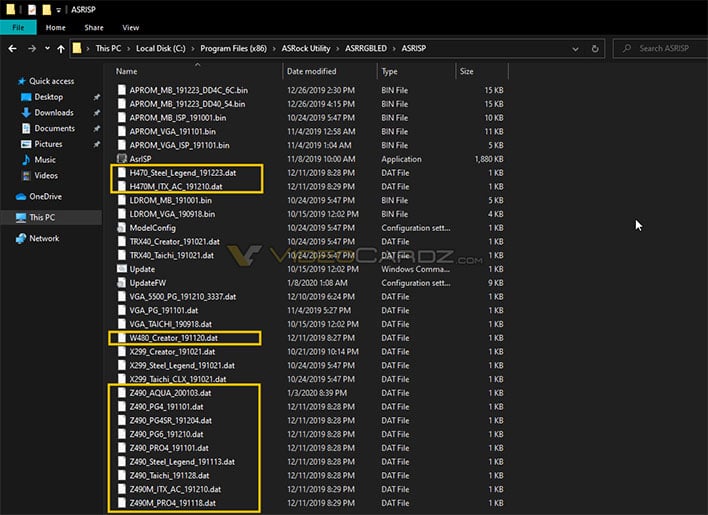 The folks at Videocardz spotted the references to several Z490 motherboards after installing the utility, or someone else did and sent the site a screenshot (as shown above). They are represented as .dat files in the Program Files (x86) > ASRock Utility > ASRRGBLED > ASRISP.
I tried installing the latest version of the utility on my own PC and could not find the same files, or even an ASRISP directory (and yes, I have my PC configured to shown hidden files and folders). Looking at the dates in the screenshot above, my assumption is these listings appeared in a previous version of the utility, with ASRock having since scrubbed the references.
In any event, here are the models ASRock may have tipped...
That is a total of nine Z490 motherboard models. In addition, the screenshot depicts a few other interesting entries, namely the H470 Steel Legend, H470M ITX AC, and W480 Creator. Curiously missing are any references to Extreme series motherboards, though even if the screenshot is legitimate, it is not necessarily a complete list.
As for the aforementioned MSI motherboards, here the ones that have made a cameo at the EEC...
Incidentally, several Gigabyte Z490 motherboards have also been spotted at the EEC site. Those models include....

The upcoming Z490 chipset will supplant Z390 as the top consumer option for use with Intel's mainstream desktop processors. 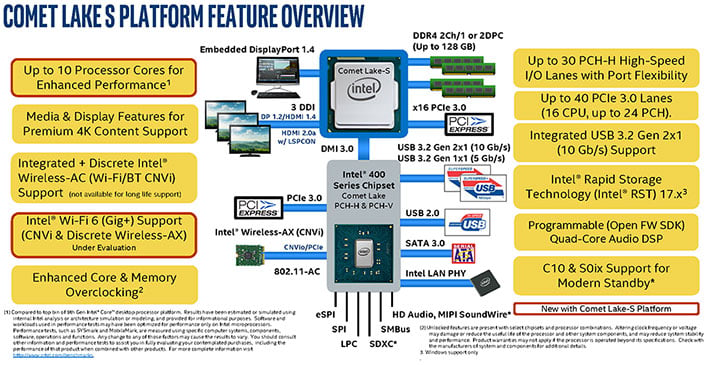 Based on prior leaks, the Comet Lake-S family will feature processors with up to 10 physical cores (and presumably 20 threads) of computing muscle, up to 30 PCH-H high-speed I/O lanes for port flexibility, up to 40 PCI Express 3.0 lanes (16 CPU, up to 24 PCH), integrated and discrete Wi-Fi 5 support, Intel Wi-Fi 6 support, integrated USB 3.2 Gen 2x1 (10Gbps) support, and a few other odds and ends.
Comet Lake-S will also see Intel shift to a new LGA 1200 socket. However, we are not looking at a round of 10-nanometer processors, with Comet Lake-S being yet another iteration of 14nm, albeit highly refined (14nm++).
Rumor has it both Comet Lake-S and Intel's mobile Comet Lake-H lineups will debut in mid-March, the latter of which will compete with AMD's Ryzen 4000 series Renoir CPUs. The mid-March time frame has not been confirmed, however, so we'll have to wait and see.