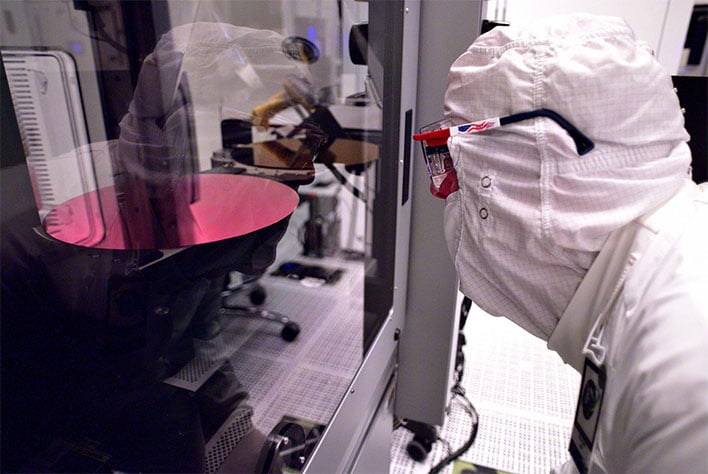 We've been hearing quite a bit about Intel's Comet Lake-H family of mobile processors in recent months, but only with respect to the chips aimed at the consumer market. Today, however, information is coming down the pipeline regarding Comet Lake-H mobile chis that are part of the Xeon family.

In this case, reliable leaker momomo_us has uncovered references to two Xeon processors: the Xeon W-10855M and the Xeon W-10885M. Given the cache configurations of the processors, it's expected that the former will be a 6-core/12-thread design, while the latter will employ 8 cores and 16 threads. Furthermore, the listing suggests that the Xeon W-10855M and Xeon W-10885M will have turbo clocks of 5.1GHz and 5.3GHz respectively. There is no mention of base clocks in this leaked information.

The 5GHz+ turbo clocks for the two Xeon processor shouldn't come as a surprise given that Intel has already confirmed that their Core counterparts would be hitting those frequencies even in Core i7 guise. And we've seen leaked benchmarks of a Core i9-10980HK engineering sample already hitting 5GHz in Geekbench.

It was rumored that the first Comet Lake-H processors would be making their way to the market in mid-March, and we're practically there now. But the whole tech industry has been thrown into disarray due to the coronavirus, so it remains to be seen if this will affect Intel's launch schedule. With that being said, we're certain that we will be seeing a slew of announcements from the usual suspects like Dell, Hewlett-Packard, and Lenovo on next-generation mobile Xeon workstations very soon.

Intel's Comet Lake-H processors are based on the venerable 14nm++ process node, which will soldier on until 10nm reaches volume production. Following the launch of Comet Lake-H for mobile, and Comet Lake-S for the desktop, the next big processor please from Intel will come during the second half of 2020 with 10nm Tiger Lake.