CES 2020 is just kicking off, and Intel is making the rounds with some new product releases that are sure to entice on-the-go gamers and content creation types out there. The company announced that its OEM partners will soon be shipping laptop systems powered by 10th Generation Comet Lake-H processors.

These Comet Lake-H processors are rated with TDPs of up to 45 watts, and are still based on Intel's 14nm++ microarchitecture. This announcement is targeted at beefing-up the top-end of Intel's dominant mobile CPU stack as AMD readies its Ryzen 4000 series offering for announcement later today. For now, details surrounding these new chips are a bit thin at this point but there are some high level details to chew one. 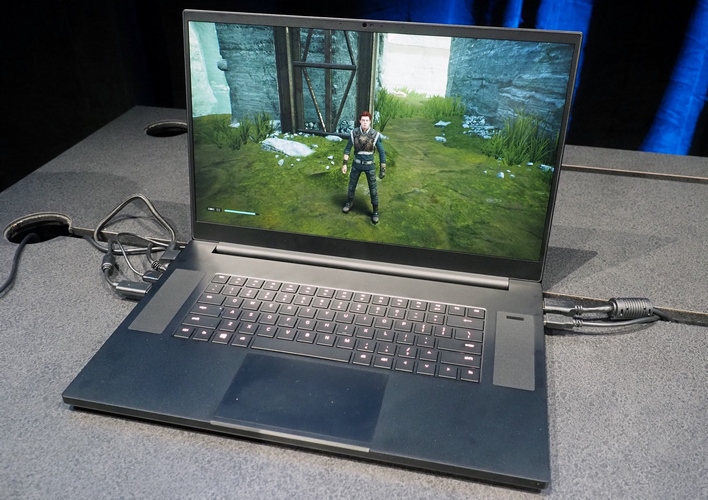 What Intel is confirming, however, is that these Comet Lake-H chips will be available with up to 8 cores and 16 threads. We're also being told that Core i7 chips will boost to 5GHz+, while Core i9-branded CPUs will boost to "even higher clocks", which should make for some interesting performance showdowns against AMD.

Acer's ConceptD Ezel convertible and Lenovo's newly announced Legion Y740S gaming notebook are among the first laptops to be announced with these new Comet Lake-H processors. The latter is scheduled to launch in May 2020, so that should at least give you a timeline of when we should expect to see the floodgates open for these 10th generation Core mobile processors.

Unfortunately, that's all the information that Intel is providing on Comet Lake-H, but the company did give a brief teaser on the incoming Tiger Lake platform. Tiger Lake will succeed Ice Lake, and is built on a refined 10nm microarchitecture. 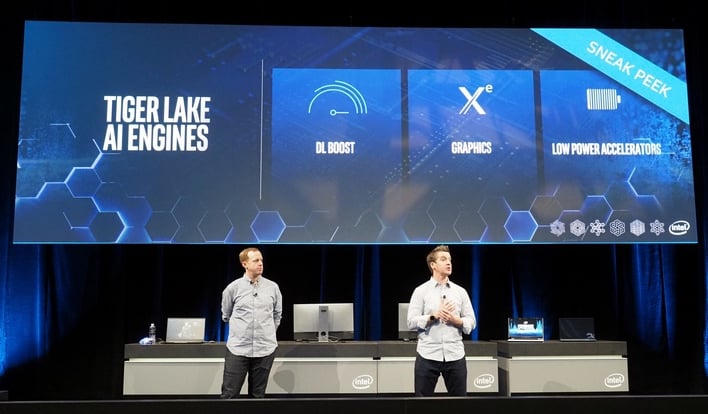 Intel made it a point to show that Tiger Lake will provide significant advances in AI performance with onboard, low-power accelerators and Deep Learning Boost (DL Boost) targeted at common machine learning workloads for inferencing. The company also confirmed that Tiger Lake will incorporate the company's all-new Xe graphics engine, which promises a big performance uplift over current IGP solutions.

However, it should be noted that Tiger Lake-based systems are likely not launching in the near term and may not arrive until later in 2020. Until then, those who want to get their 10nm fix will have to settle for Intel's impressive Ice Lake solutions that are currently on the market thin and light ultrabooks.