If you're reading this post, then you're surely already familiar with the Gunnir Arc A380 Photon graphics card that we've posted about several times before. This is the first and foremost add-in-board partner card for Intel's Arc family of GPUs, and it's currently making the rounds of tech hardware journalism.


The latest outlet to get a card is Russian YouTube channel PRO Hi-Tech. The boys over there got their hands on what is apparently a retail A380 Photon card, evidenced by the fact that its "Into the Unknown" embellishment has the word "unknown" spelled correctly, unlike the pre-release cards shown elsewhere.

In the video, PRO Hi-Tech puts the card through a variety of game and productivity tests, where it generally comes out well behind a GeForce GTX 1650—especially humbling considering that the particular Palit board in question doesn't even take an auxiliary power connector. 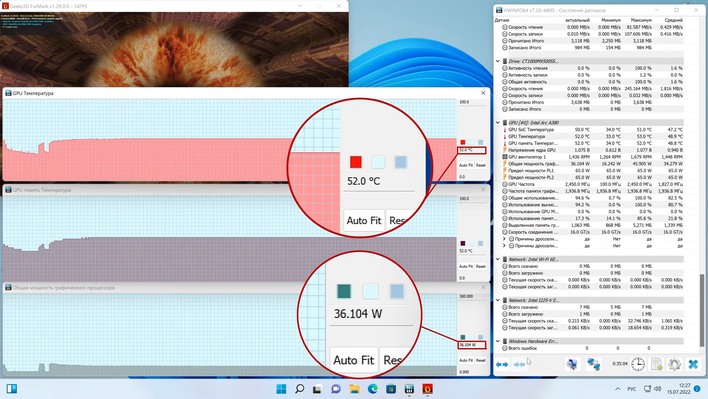 However, during his testing, he noted that the Arc A380 Photon card was only drawing around 35 watts despite the card requiring an 8-pin PCIe power connector. As they point out, you can't use typical aftermarket overclocking tools on these cards, but Intel helpfully includes some such tools in its Arc Control Center application. 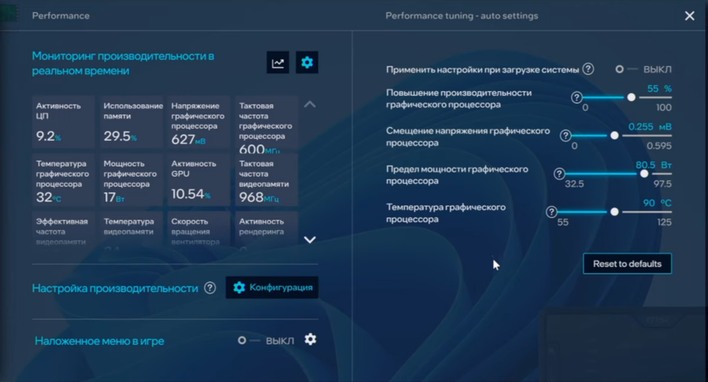 Bumping the core voltage up by 255 mV and raising the "GPU Performance Boost" slider to 55% increased the power consumption to around 55 watts—around 155% of the original power draw. However, it also drastically boosted performance in the games that he tested, with the greatest gains being over 60% in Doom Eternal.
That boost was enough to allow the A380 card to compete very closely with the GTX 1650, and even push it ahead of NVIDIA's low-power card in two titles. It also ran very close in Watch Dogs: Legion and World of Tanks.


When we spoke to Intel's Tom Petersen, he explained to us that Intel's stated GPU clock numbers are basically "worst case" numbers. In other words, you can expect the GPU to do "at least" this performance, although he admitted it may vary even lower depending on the intensity of the workload and other factors, like thermal and power limits.


It seems possible that this philosophy may have bled over into the power tuning for Arc, where the card seems to want to stay within its most efficient range. As long-time enthusiasts and tweakers will know very well, most desktop processors are tuned to run outside of their most efficient clock range, meaning that they draw a lot more power than is necessary for only a bit more performance. 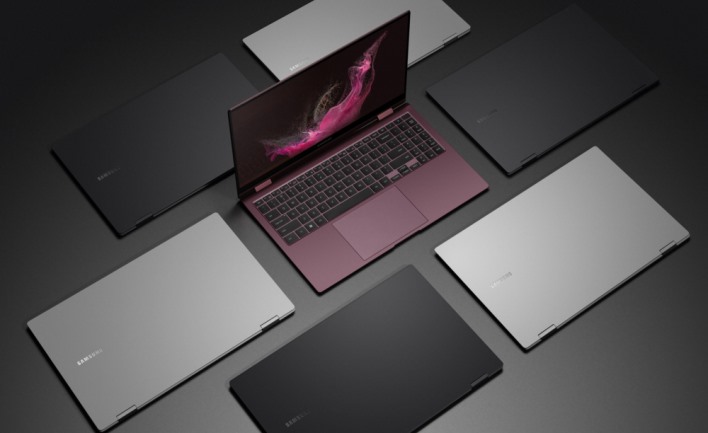 This Samsung Galaxy Book 2 Pro uses the same ACM-G11 GPU as in the Photon card.


This is done to capture benchmark records and look good in reviews, but savvy enthusiasts often undervolt and power-limit their processors to drastically reduce power consumption while only slightly impacting performance. It seems likely to us that Intel's power-and-frequency curve on the A380 is inherited from laptop-bound parts using the same ACM-G11 GPU core. In a laptop, staying cool and drawing less power is more important than absolute maximum performance.

These results are fascinating, and make the A380 GPU look a lot more compelling compared to its NVIDIA competition. We wonder how much headroom is left in the ACM-G11 GPU, especially considering that big 8-pin power connector on the Gunnir card. We also wonder if the higher-end Arc boards will be tuned further toward the top of their frequency range out of the box, like NVIDIA and AMD parts, or whether Arc gamers will be instructed to hit the Control Center and crank up the performance. We'll find out as soon as we have parts in hand.