When we saw Intel's Arc Alchemist GPUs in the figurative flesh last week, there were a few oddities in the presentation. Some of them can be explained as confusing Chinese-to-English translation issues, but differences in numbers stick out rather readily, and there were a couple of those, too.


Chief among them was the "Gunnir Arc A380 Photon 6G OC" card's use of 15.5 Gbps GDDR6 memory. Per Intel's official specifications, the Arc A380 was supposed to be equipped with 16 Gbps memory. You may think, "it's 500 Mbps; does it even matter?" and well, yeah, actually, it does, at least a little. The change drops the card's memory bandwidth from 192 GB/sec to 186 GB/sec, which is a difference that could be readily felt in gaming.


Well, as it happens, Intel has updated its official specifications for the Arc A380 to lower the reference memory speed. That is to say that apparently, Arc A380 cards will come with 15.5 Gbps memory. This is not the biggest deal; just a touch of lost performance. It's still not a great look for a company to be reducing the specifications of a product after it's already on store shelves, though. Imagine if you bought a car with 400 kW and find that it's only doing 385, and then the manufacturer tells you "oh, that's actually the real spec." 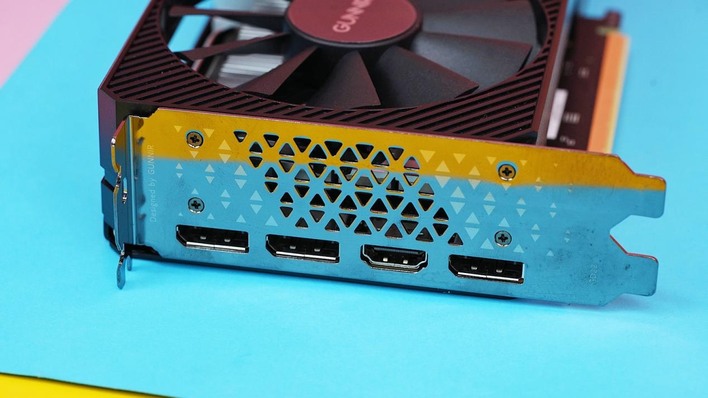 The other number that's different from Intel's spec sheet on the Gunnir card is the HDMI revision. Intel lists the Arc A380 as being capable of DisplayPort 2.0 and HDMI 2.1, but the Gunnir product page specifically lists HDMI 2.0. This is arguably a more major cut than the memory speed issue above, although we have to remind everyone that just because something says "HDMI 2.1" doesn't mean it supports any of the HDMI 2.1 features (because the HDMI licensing authority is apparently bonkers). 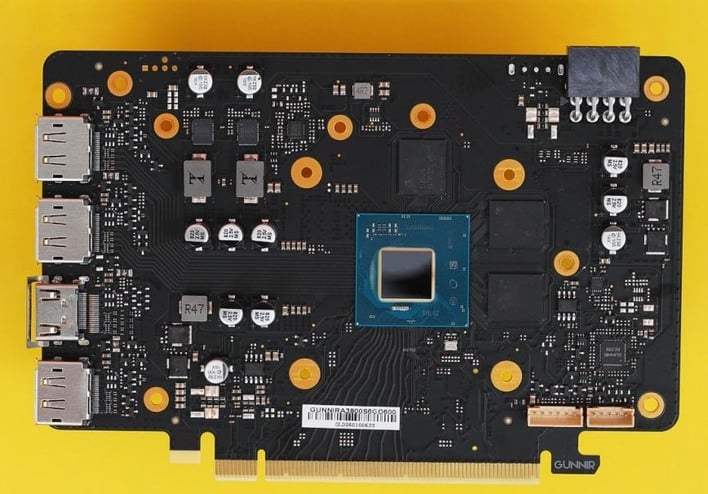 Well, in this case Intel is passing the buck to Gunnir. In a tweet yesterday, the company's graphics division specifically stated that the A380 supports HDMI 2.1, but that it's up to AIB manufacturers to make use of it. This is totally reasonable; HDMI encoding is usually done by a separate IC and it's up to the AIBs to make use of an HDMI encoder that supports HDMI 2.1. Whether anyone will actually do so on such a low-end GPU is another question altogether. 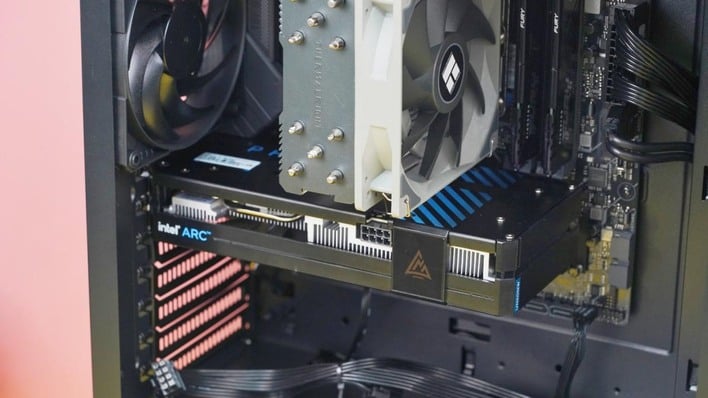 By the way, the photos in this post are actually pictures of the Gunnir Arc A380 Photon card. Chinese tech site MyDrivers actually got ahold of one of these Photon cards, and tore it down for everyone to gawk at. You can head over to MyDrivers to check out the rest of their photo shoot.