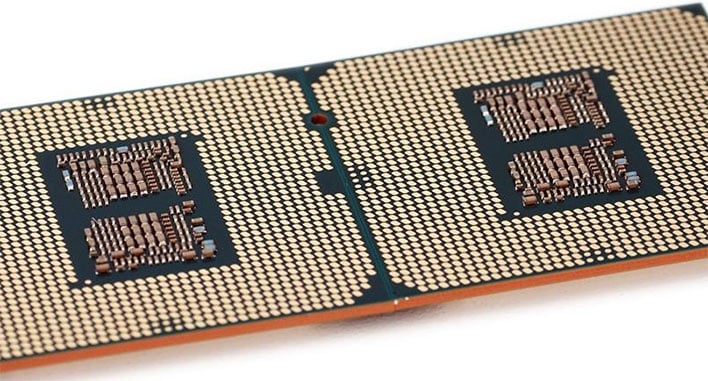 Intel has updated its Compute Runtime to support both its upcoming Rocket Lake desktop processors and DG1 graphics based on its Xe GPU architecture. Looking at this broadly, this can be taken as a sign that things are progressing at a steady clip for Intel's unreleased 11th Generation Core CPUs and discrete graphics.
"The Intel Graphics Compute Runtime for oneAPI Level Zero and OpenCL Driver is an open source project providing compute API support (Level Zero, OpenCL) for Intel graphics hardware architectures (HD Graphics, Xe)," Intel explains.
Intel's added support is listed on GitHub for version 20.37.17906. If you scroll down to the 'Important Changes' section, you will see it lists "Added DG1 devices" and "Added support for Rocket Lake." As it applies to DG1, there are a couple of new devices IDs added to the mix as well. That is notable, though the addition of Rocket Lake support is arguably more interesting.
The Xe architecture has already materialized in a shipping product, that being Tiger Lake for laptops. Rocket Lake, on the other hand, has yet to make an official appearance. While still expected to be built on Intel's enhanced 14-nanometer manufacturing process, Rocket Lake is the codename for the company's next-generation CPUs, with Gen12 graphics.
Based on past leaks, Rocket Lake is expected to utilize the same LGA1200 socket as Comet Lake-S. It is also anticipated that Rocket Lake will finally bring PCI Express 4.0 support to Intel's desktop platform, bringing parity in that regard to AMD. However, Rocket Lake is not expected to bring a shift to DDR5 memory.
It will be interesting to see where performance lands. An earlier rumor pegged Rocket Lake as delivering an impressive 20 percent IPC gain over Skylake, though we will have to wait and see.