Lenovo is expanding its family of gaming laptops with the addition of the new Legion Y740S, which is a pretty well-stacked machine with sharp good looks. It also just so happens to be the thinnest and lightest Legion notebook in Lenovo's arsenal, weighing in at just 4.18 pounds.

At the heart of the Legion Y740S beats 10th generation Intel Core H-Series processors, which can be paired with up to 32GB of DDR4 memory. Storage is plentiful as well, as Lenovo will allow you to configure up to a 1TB PCIe NVMe SSD. Keeping all of this potent internal hardware cool is a new Legion Coldfront 2.0 vapor chamber cooling system, along with four cooling fans. 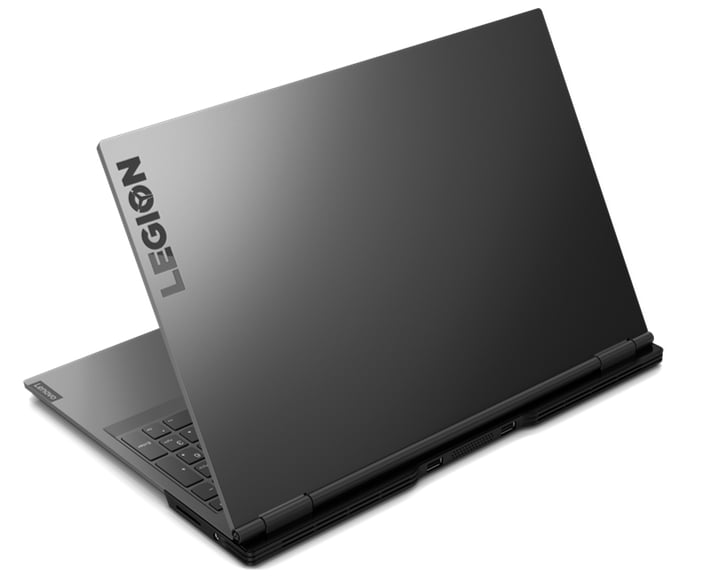 On the display front, the Legion Y740S has a 15.6-inch IPS display that can be had with either a Full HD or 4K UHD resolution. The lesser panel offers up just 300-nit of brightness and 72 percent sRGB coverage, while the 4K panel bumps those specs to 500 nits and 100 percent sRGB coverage along with Dolby Vision support.

Lenovo has outfitted the laptop with a 60 WHr battery (rated for up to 8 hours of runtime) along with two full-size USB 3.1 ports and two Thunderbolt 3 ports. You'll also find Wi-Fi 6 and Bluetooth 5.0 support standard on the Legion Y740S, as is typical for modern laptops. 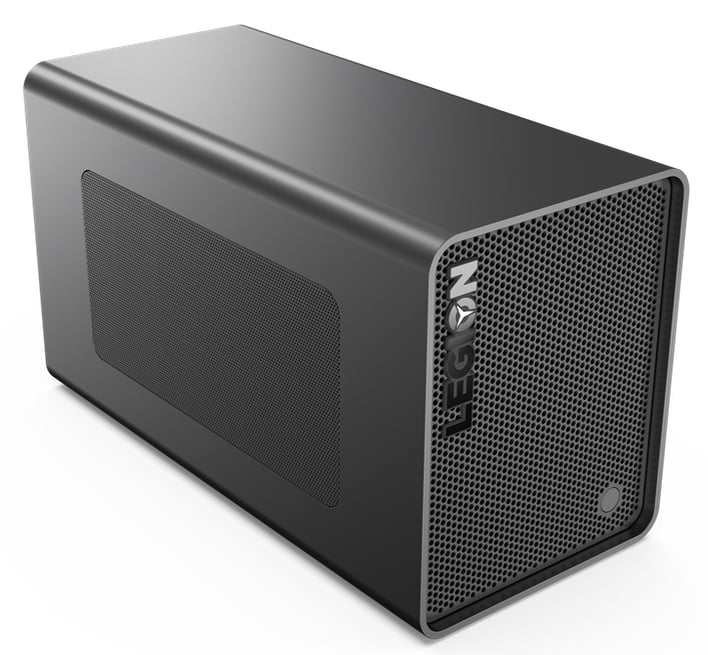 One thing that you might find missing from our discussion of the Legion Y740S so far is the GPU; after all, this is a "gaming" laptop. Surprisingly, the Legion Y740S doesn't come with a discrete GPU, and instead makes do with integrated Intel graphics. So where exactly does the "gaming" part come in? 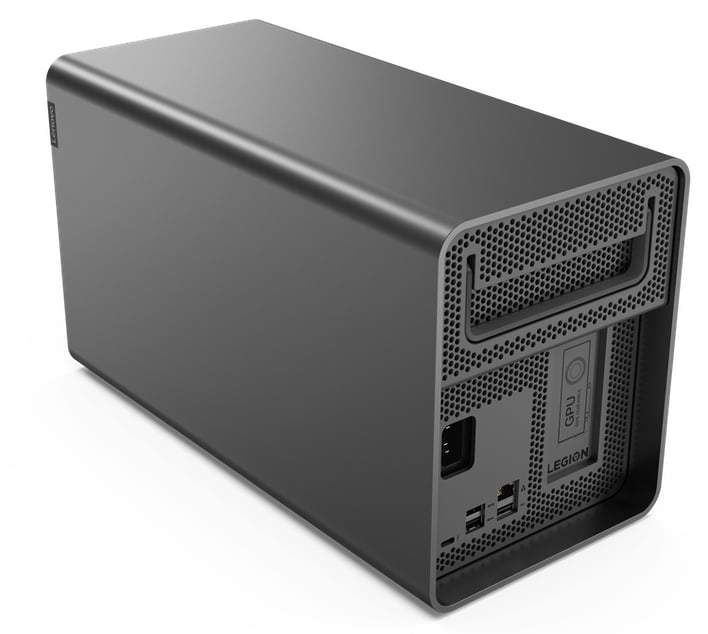 Well, Lenovo will gladly sell you the Legion BoostStation eGPU. This is basically an external GPU enclosure that supports all the latest AMD Radeon and NVIDIA GeForce graphics cards. It features an aluminum chassis with a transparent side panel, and provides tool-free access to the inside. The Legion BoostStation eGPU provide two additional PCIe SSD slots and support for a SATA storage device. There are also external ports for USB 3.1, USB 2.0, Thunderbolt 3, HDMI, and GbE. As is the case with all eGPU enclosures, this unit connects to the Legion Y740S with a Thunderbolt 3 cable.