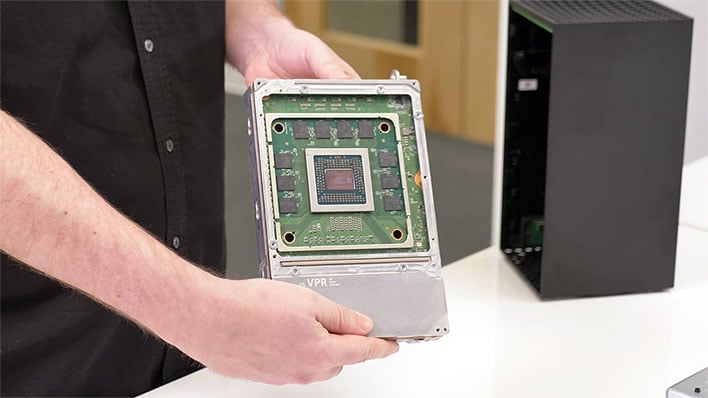 If things go well, you will never have cause to open up your game console and spy its guts. That is somewhat of a shame, because depending on the system, there is some complex engineering involved. This is especially true of Microsoft's upcoming Xbox Series X console, which crams high-end components into a tower design.
Game consoles have become more closely related to PCs in recent years, and the Xbox Series X looks more like a PC than any previous generation game system. The reason is because Microsoft determined it was the best fit for the juggling act that takes place. What juggling act? Well, the Xbox Series X has to fit high-end parts, including a next-generation GPU; it has to accommodate an internal 315-watt power supply; and it has to keep all the components cool enough to function. Oh, and it has to be relatively quiet to boot.

On the consumer side, we tend to take for granted that these magical boxes turn on as expected when pressing the power button, and subsequently display pretty graphics on big screen TVs. The Xbox Series X will take things even further with support for real-time ray tracing. But on the engineering side, it is quite the feat.
Fortunately for us, the folks at Digital Foundry tore open an Xbox Series X and posted a bunch of pictures. The site also talked to Microsoft about the design.
"When we started thinking about how we would design this, everything was theoretical," said Chris Kujawski, principal designer at Microsoft. "We didn't have stuff we could test, we didn't have measurements we could take, we knew it was going to be powerful and we knew it was going to require a totally different way of thinking about how to design a console."

And it is indeed powerful. The Xbox Series X is rocking a custom system-on-chip (SoC) made by AMD that pairs custom Zen 2 CPU cores with RDNA 2 GPU cores, and a fast solid state drive. According to Microsoft, it cranks out just over 12 TFLOPs of graphics performance. 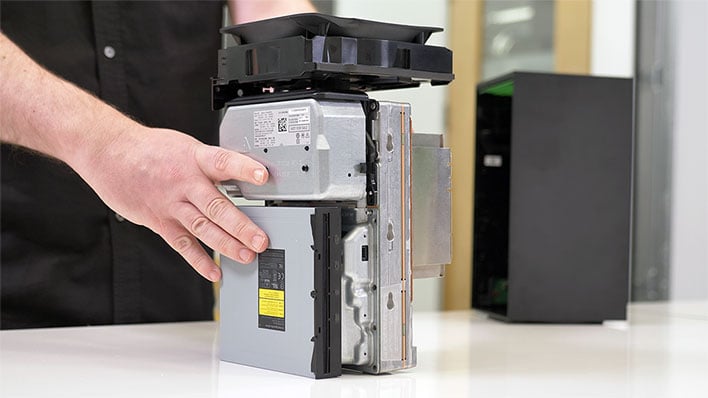 To keep the components from overheating, Kujawski explains that the Xbox Series X leverages a "parallel cooling architecture, so you get cool air, and cool air streams through separate zones of the console."
"The second thing it does is that it actually distributes the heat sources a bit differently in the console—so those two things together are really effective at cooling a console. And then the third thing it does is... we play this sort of 3D Tetris game, where you're trying to figure out where the components should go and what's the best arrangement—and then that starts to establish some of the dimensional aspects," Kujawski added.
Some of the design elements are more obvious, like the ventilation at the top to expect hot air. Others are more subtle. For example, Kujawski points to the curvature of the shroud, which he says helps improve the efficiency of airflow. 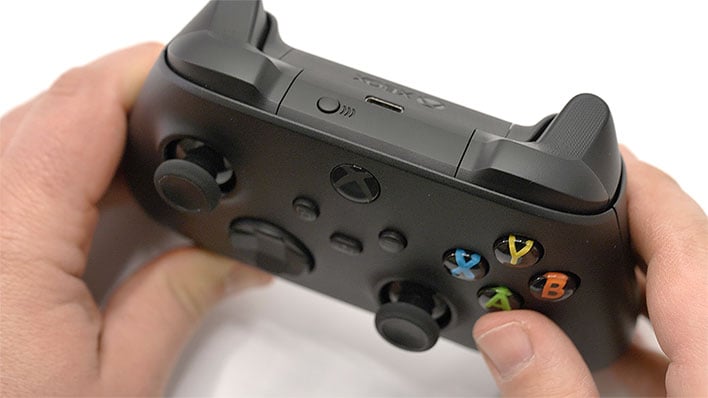 Then there is the controller. Microsoft did not try to reinvent the wheel here, and instead stuck with the same general design. Interestingly, the current design of the Xbox One controller is configured to be comfortable within the 5th to 95th percentile of hand sizes. The new one for the Xbox Series X, however, casts an even wider net.

"One of the things we found is that if we can actually reduce the percentiles on the lower end, if we target the 3rd percentile up to the 95th percentile, those two percentile points actually represent hundreds of millions of people," said Ryan Whitaker, a senior designer at Microsoft. "And so just by slightly shrinking some areas of the controller, we found that we can actually reach a lot more people and at the same time make it more comfortable for everyone."
Subtle changes abound here as well, such as angles that are just a few millimeters different than before, and in other cases, a fraction of a millimeter.
Digital Foundry covered a ton more about the design of both the Xbox Series X and its controller. Whether you're looking forward to the console or just appreciate technical design, we highly recommend hitting the link in the Via field below to check it out.