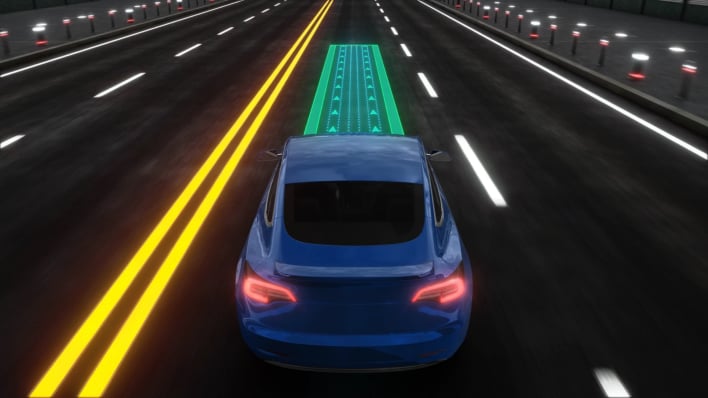 Artificial Intelligence (AI) and autonomous driving have been developing at breakneck speeds, and that trend will only continue in the near future. Following in this trend, UK-based Imagination Technologies has now released the IMG Series4, a “next-generation neural-network accelerator (NNA) for advanced driver-assistance systems (ADAS) and autonomous driving.” Imagination hopes that the NNA will put it at the front of the coming automotive revolution with "self-driving cars and robotaxis demanding new levels of artificial intelligence (AI) performance."

The company claims that the Series4 can deliver up to 600 tera-operations per second (TOPS) with “low bandwidth and exceptionally low latency for large neural network workloads.” Breaking it down, the company claims it can hit 12.5 TOPS per core with a sub 1-watt power envelope. Imagination can bundle these cores in two, four, six, or eight-core clusters and expand from there by bundling the clusters. Overall, Imagination states that the Series4 NNA “achieves performance that is over 20x faster than an embedded GPU and 1000x faster than an embedded CPU for AI inference.”

Aside from the horsepower, the Series4 reduces latency and saves on bandwidth. The core clusters can “be dedicated to executing a single task, reducing latency, and therefore response time, by a corresponding factor.” This would mean, by their example, an eight-core cluster would have latency reduced by a factor of eight over normal practices. Imagination has also implemented a new technology called Imagination’s Tensor Tiling (ITT). This “patent-pending technology addresses bandwidth efficiency by splitting input data tensors into multiple tiles for efficient data processing.” Basically, data input is split up and stored in on-chip memory temporarily, so data transfers to external memory are reduced, thereby reducing bandwidth up to 90%.

If all this information is just mumbo-jumbo to you, the IMG Series4 is simply a whole new level of performance for advanced driver-assistance systems and self-driving capabilities. Andrew Grant, senior director for AI at Imagination Technologies, states that Imagination “believe[s] the Series4 NNA to be the industry-standard platform for the development of advanced driver assistance and self-driving cars.” The future of autonomous cars is bright, and Imagination Technologies is looking to take the wheel.

Imagination has stiff competition in this space, as NVIDIA has already staked a pretty large claim with its DRIVE family of AI hardware that is used in a wide range of automobiles for both in-vehicle infotainment and self-driving duties.