It seems as though we've been hearing rumors about an Apple electric vehicle (EV) for at least the past half-decade. Those reports died down over the last year, but they're bursting back to life this week thanks to a rather curious admission from Hyundai Motor Group.

The South Korean auto giant today confirmed that it is in talks with Apple to produce a future EV, which is quite odd considering that potential Apple suppliers/partners usually don’t acknowledge such talks. “We understand that Apple is in discussion with a variety of global automakers, including Hyundai Motor," said a Hyundai representative in a statement to CNBC. "As the discussion is at its early stage, nothing has been decided." 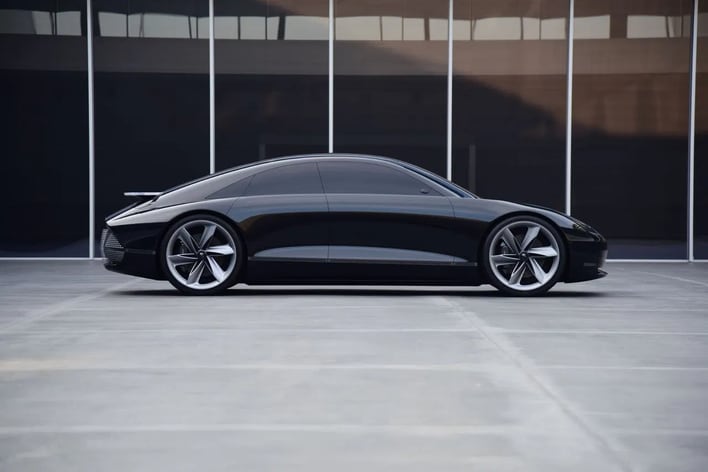 The confirmation from Hyundai comes just a day after the Korea Economic Daily reported that Hyundai and Apple could reportedly team up not only for development and production of the vehicle, but also for the batteries that will power it. According to the Korean report, an internal review of the "Apple Car" has already been approved by Hyundai Motor Group, and is simply awaiting approval from company Chairman Chung Eui-son.

Even if both Hyundai and Apple approve plans for the Apple Car, it's reported that production of the vehicle might not commence until at least 2027. That would put Apple well behind the competition in the EV space, which is starting to heat up. Tesla has long been the dominant player in this field with its family of electric sedans and crossovers, but players like Porsche, Mercedes-Benz, and even Ford are looking to challenge Tesla at the high-end.

By teaming up with a known brand like Hyundai, the Apple Car would immediately have clout in the industry given the Korean brand's engineering prowess. While Hyundai vehicles were once considered a laughing stock in the 80s and 90s, the company began turning things around in the early 2000s and is now producing vehicles that are near the top of the respective classes that it competes in. Hyundai has even been driving further upmarket with its standalone Genesis brand, which challenges the best from Audi, BMW, Mercedes-Benz, and Lexus.

Apple for its part is staying mum about any future products, as is typically the case for the company. However, the project has reportedly been in existence at Apple since at least 2014 operating under the codename Project Titan.