The hits just keep coming for the Porsche Taycan, which was unveiled as the newest and most credible threat to the Tesla Model S. When the EV was unveiled in late 2019, Porsche promised a driving range approaching 300 miles while delivering performance that would put in supercar territory. 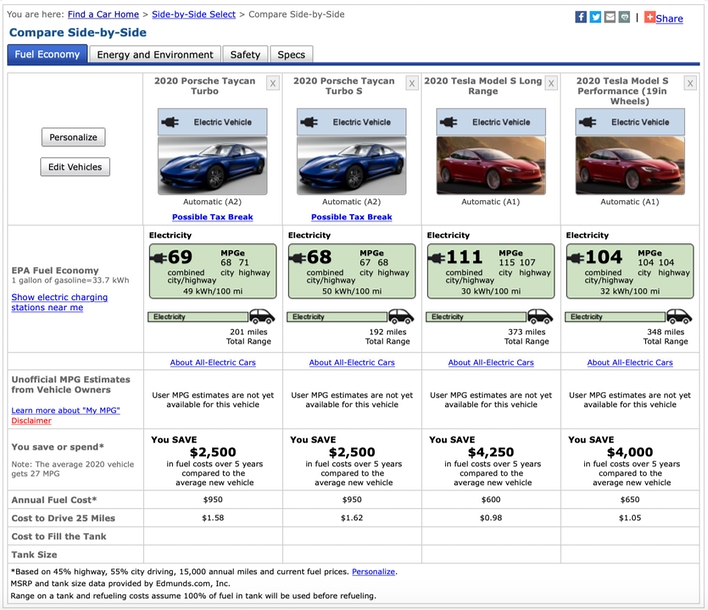 With respect to electric vehicles currently available for sale in the United States, the Taycan Turbo and Taycan Turbo S rank at the bottom for efficiency. In fact, those numbers put Porsche's EVs far below the benchmark Model S in both range and efficiency. The Model S Long Range can travel up to 373 miles per charge, nearly twice that of the Taycan Turbo S. Even the Tesla Model S Performance is no slouch chalking up a driving range of 348 miles.