Destiny 2 Beyond Light Walkthrough: How To Obtain An All-Powerful 'The Lament' Exotic Sword

The Destiny 2: Beyond Light Deep Stone Crypt World First competition has come and gone and the first completion of the raid has unlocked the quest for The Lament exotic sword. This chainsaw sword is arguably the most powerful weapon currently in the game. Here is how to get your hands on The Lament.

What is the Lament?

The Lament is a solar exotic sword. It features these perks:
Its intrinsic perk is Banshee’s Wail. Guardians should hold their Heavy Attack to rev up the blade. Banshee’s Wail does the following:
This combination of perks makes The Lament a force to be reckoned with. It should be the perfect weapon for bosses, especially in the new raid. We tested the sword out in a Wrathborn Hunt and it easily took down the final boss. It should be noted that this weapon can only be acquired if you own Destiny 2: Beyond Light. 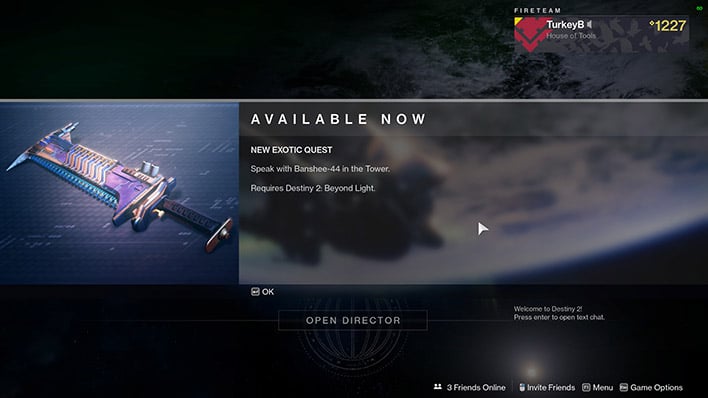 Pick up the Quest and Scan Three Dead Exos

Guardians will first receive a notification when they log-in to Destiny 2 to speak to Banshee-44 in the Tower. Banshee will comment that he has experienced disturbing images. These visions include images of dead Exos in Europa. Banshee will then task the player with finding and scanning three Exos.

The Exos have been on Europa since the launch of the Beyond Light expansion. Guardians have likely already found a few of them, but the Exos have not been scannable until now. There are a few Exos that are easier to find than others. Here are our recommendations. 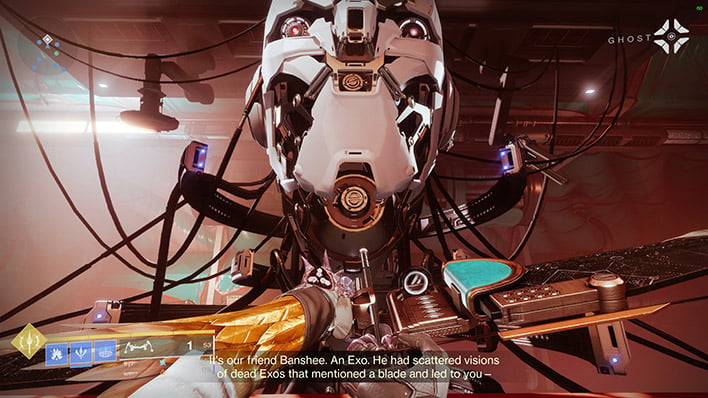 Guardians will then need to locate the Giant Exo within Bray Exoscience. A door will now be open in the same room where the player found their last Exo. This door will lead the player to an Exo facility where they can see the assembly line used to create Exos. Guardians will encounter several adds before they finally find the Giant Exo head. Guardians should ”Activate AI” to learn the identity of the Giant Exo head. They will then need to activate the AI again to get the next part of the quest.

The Giant Exo Head will ask the Guardian to kill one hundred Vex with a sword and twenty Minotaurs, Cyclops, or Hydras with a sword. We have several tips for this next step. 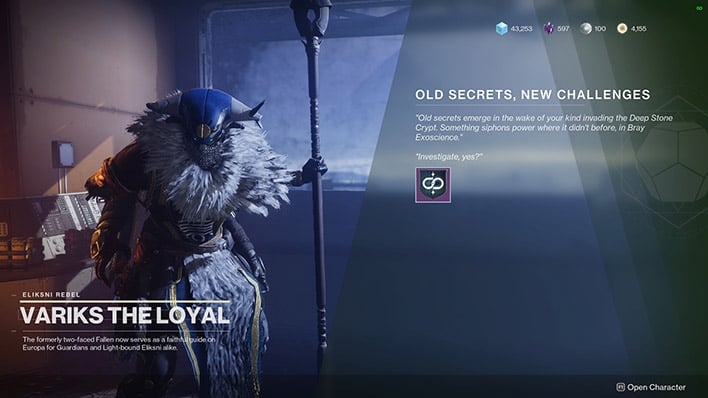 Complete Additional Missions and Head into the Exo Challenge

Guardians must then finish the Reclaiming Europa, Empire’s Fall, and the Dark Priestess missions. They can be obtained from Variks and Zavala after completing Destiny 2: Beyond Light’s campaign. If the Guardian has finished these missions, they can jump into the next step.

The mission will send the Guardian into a simulated world. The Guardian must quickly travel to each lighted brazier to avoid the “Biting Cold.” This is a similar mechanic to one that was just introduced in the Deep Stone Crypt raid. The Guardian will die if they get a stack of ten “Biting Cold.” You can also kill Vex to obtain motes of heat if you are not close to a brazier. The Guardian will traverse the map and avoid dying from the Biting Cold before they encounter the final boss. Guardians will complete the mission once they have killed the Vex Hydra Boss and looted the chest. 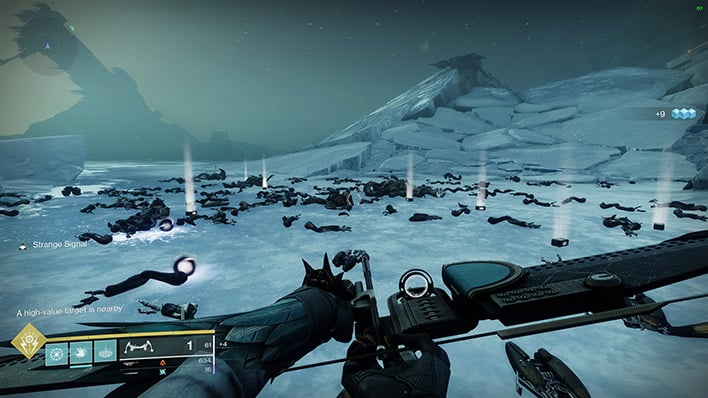 Defeat Vex with Finishers and Find the Blade Piece

Guardians will then need to defeat Vex with Finishers. We equipped an auto rifle (Gnawing Hunger) and spent about twenty minutes taking down Vex. Once again, you could farm Vex in the Perdition Lost Sector. However, we also did not find it to be much faster than killing Vex while exploring the map.

Guardians will then need to find a Blade Piece in the Glassway strike. You can launch into this strike from the director-- it does not need to be a playlist or a Nightfall strike. Guardians should complete the strike as usual and a Vex will drop the Blade Piece during the fight with the final boss. Interestingly, Guardians have obtained the piece before killing the boss. However, unless you are in a fireteam that consists entirely of your clanmates, do not abandon your fireteam once you get the piece. This would simply not be fair to others attempting to complete the strike.


Talk to Banshee and Locate the Abandoned Bunker

You should return to Banshee after you complete the strike. Banshee will begin to “reforge” the blade and ask you to find an abandoned bunker on Europa. This bunker is simply the Bunker E15 Lost Sector in Eventide Ruins. Complete this lost sector as usual and loot the chest. There is nothing additional you will need to do while fighting through the lost sector. 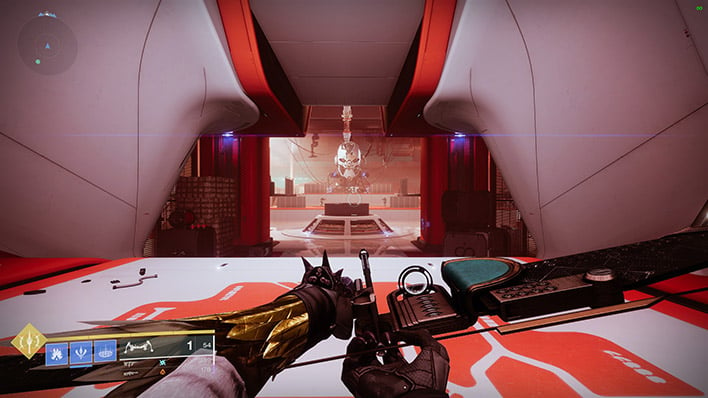 The Guardian will formally receive The Lament once they have killed all of the Vex. They will then be asked to return to Banshee who will thank the Guardian and reveal a bit about his past. He will then tell the Guardian to keep the sword.

What do you think Hothardware readers? Have you acquired The Lament? Let us know in the comments below.