After months of looking at leaked PlayStation 5 dev boxes and speculative renders based on that design, we’re finally locking eyes on the production console. And thankfully, it looks nothing that spaceship-esque designs that we’ve previously witnessed.

The PlayStation 5 has a very organic shape with a black center core that flanked by curved white sides that fan out. It’s definitely “different”, and is a more interesting design choice than Microsoft’s tall, monolith-like Xbox Series X. Like that console, Sony allows you to place the PlayStation 5 either horizontally or vertically depending on your preference (or space constraints). When placed vertically, the console sits on a separate stand. We can also see a number of USB-A and USB-C ports (for charging the DualSense controllers).

Right off the bat, Sony is announcing two distinct versions of the PlayStation 5. There’s the standard console which comes with a 4K Blu-ray drive, and it will be joined by the PlayStation 5 Digital Edition, which drops the optical drive. Given the prevalence of streaming and digital downloads for games, it should come as no surprise that Sony would go with this option right out of the gate with its next generation console. It could also allow Sony to tout a somewhat lower price tag in its battle against the Xbox Series X. 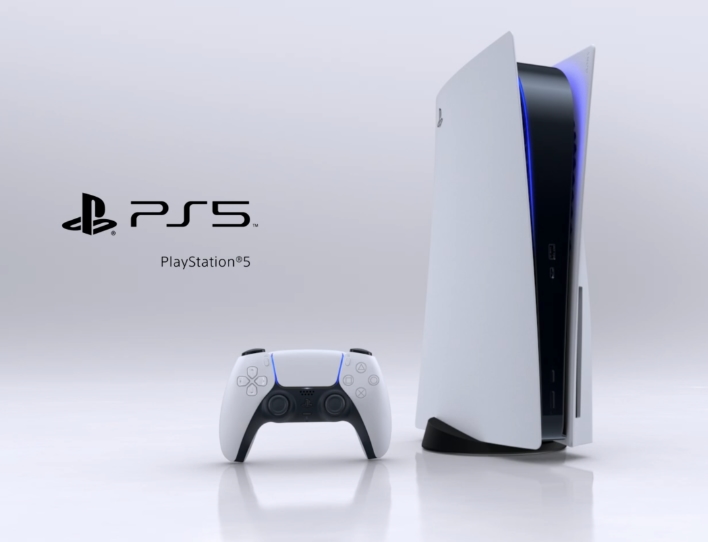 We already know that the console is powered by an AMD Zen 2-based 8-core/16-thread processor and an RDNA 2-based GPU. The console features 16GB of GDDR6 memory and comes with an 825GB PCIe 4.0 SSD onboard. Sony also will allow gamers to add their own PCIe 4.0 SSD via an expansion slot. You can use any standard M.2 PCIe 4.0 SSD as long as it meets performance requirements set by Sony, which is a nice advantage over the proprietary Seagate SSD expansionthat you get with the Xbox Series X.

At this point, we’ve seen and heard just about all we need to know about both the PlayStation 5 and the Xbox Series X. Now we just need to get down to the most important bullet point: pricing.