While Sony has been holding things incredibly close to the vest with its PlayStation 5, Microsoft has been very forthcoming with information on its Xbox Series X. Nowhere is that more evident with today's full specs dump on the console, which is packing some very impressive hardware.

Starting off with some of the stuff that we already knew, we're looking at an AMD Zen 2-based processor design, which feature a total of 8 cores. However, Microsoft today confirms that the custom chip is clocked at 3.8GHz by default, or 3.66GHz if SMT is enabled. The Radeon RDNA 2 GPU is rated at 12 TFLOPs (which was previously announced), but Microsoft is confirming that the GPU is cooked at 1.825GHz with 52 CUs. 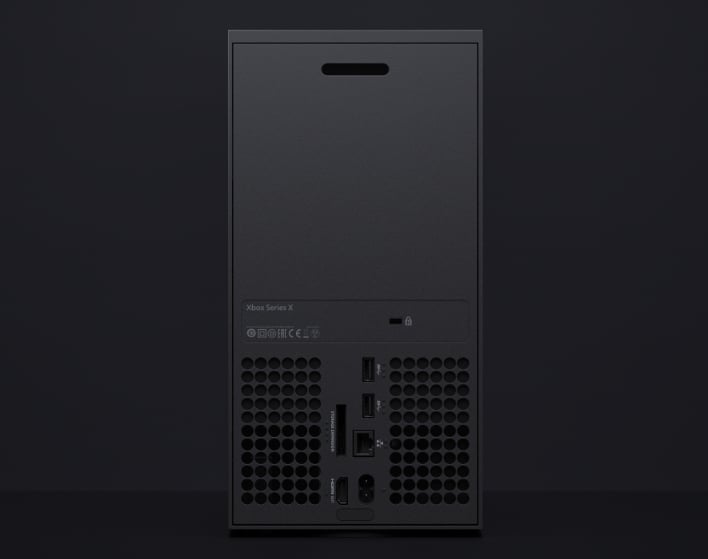 All of this compute power is enough to drive next-gen games in 4K resolution at 60 fps. However, Microsoft is targeting performance up to 120 fps (depending on resolution) in some games, which is incredible for a gaming console. The company is also touting support for variable refresh rate technology and realtime ray tracing.

16GB of GDDR6 memory is onboard, split in 10GB (560GB/sec bandwidth) and 6GB (336GB/sec bandwidth) for the CPU and GPU. We're also looking at 1TB of internal storage thanks to a custom NVMe SSD. Although Microsoft doesn't come right out and say it, given the Zen 2-based CPU, we're assuming that this is a PCIe 4.0-based SSD.

Interestingly, Microsoft will allow expandable storage in the form of 1TB expansion cards that will plug into the back of the console. The cards were designed by SeagateAssuming that these are PCIe-based, they should offer similar performance to the internal SSD. Speaking of the back of the console, we van see two USB 3.2 ports, a GbE port, the expansion slot for the 1TB storage module, and an HDMI 2.1 port.

Quick Resume technology, which we previously discussed, you can jump back into action with multiple games at the press of a button. Games are suspended on the SSD and persist after system updates or system restarts. Microsoft says that the average gamers plays on average 3 or 4 games per month, so that should give us an idea of how many games can supported at once with Quick Resume.

Something that is also new with the Xbox Series X is what Microsoft is calling Xbox Velocity Architecture, which is described as a way to intelligently and quickly load game assets in the background -- especially for open world games. Developers will be able to stream in assets in rapid succession without mucking with the immersion factor for gamers to "effectively eliminate landing times between levels". 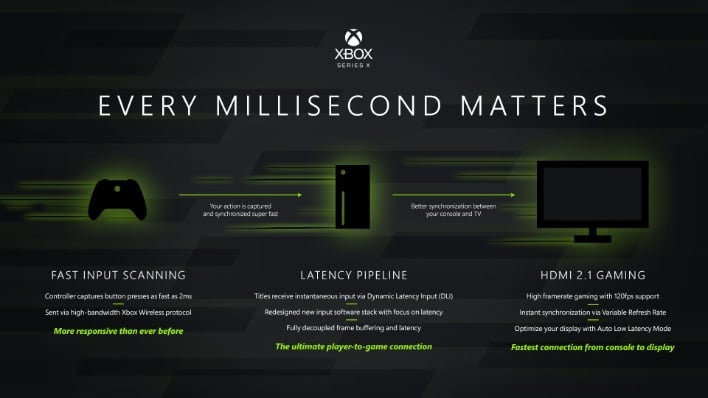 “The CPU is the brain of our new console and the GPU is the heart, but the Xbox Velocity Architecture is the soul,” said Microsoft Technical Fellow Andrew Goossen, Technical Fellow on Xbox Series X at Microsoft. “The Xbox Velocity Architecture is about so much more than fast last times. It’s one of the most innovative parts of our new console. It’s about revolutionizing how games can create vastly bigger, more compelling worlds.”