Google’s Pixel 6 Launches On October 19: Here's What We Know So Far

We now have an official launch date for Google's flagship Pixel 6 and Pixel 6 Pro Android 12 smartphones. In a tweet this afternoon, Google revealed that the new devices would debut at an online event on October 19th at 1 pm ET.

Google first announced the Pixel 6 and Pixel 6 Pro in early August, and the October 19th launch has been rumored since early September. We'd imagine this date will also closely align with the public availability of Android 12 for existing Pixel smartphones.

The centerpiece of the new Pixel 6 family will be Google's new custom Tensor SoC, which Samsung manufactures. According to numerous benchmark and specs leaks, Tensor is reportedly an octa-core SoC capped off by two Arm Cortex-X1 "prime" cores clocked at 2.8GHz. As for the rest of the CPU clusters, there purportedly are two 2.42GHz Cortex-A78 high-performance cores and four 2.8GHz Cortex-A55 efficiency cores. 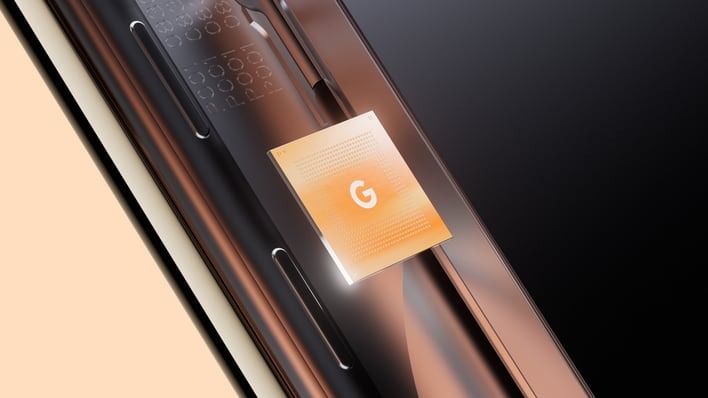 Unlike previous rumors that suggested that Tensor would feature an RDNA 2-based GPU like the upcoming Samsung Exynos 2200, it will instead come packing a run-of-the-mill Arm Mali G78 GPU. Google also promised that Tensor will "bring our most innovative AI and machine learning (ML) to our Pixel users." Tensor will be used for the Speech On Device API (SODA) platform, which will empower "data center-level" speech recognition. Live Caption and Translate features will also leverage the capabilities of Tensor hardware.

Cameras have always been a strong point for Pixel smartphones, and Google shows no signs of slowing down now. The Pixel 6 will include two cameras on the rear: a wide-angle sensor and an ultra-wide sensor. The more expensive Pixel 6 Pro throws in a third telephoto sensor with 4x optical zoom. The primary camera will allow in up to 150 percent more light than its Pixel 5 counterpart.

Circling back to Tensor, this custom SoC will be tasked with image and video processing to boost image quality.

The smaller of the two smartphones, the Pixel 6, will have a 6.4-inch 90Hz FHD+ OLED display. The flagship Pixel 6 Pro goes larger with a 6.7-inch 120Hz QHD+ OLED display. According to Google hardware chief Rick Osterloh, the new smartphones will "certainly be a premium-priced product," and recent rumors suggest that the Pixel 6 could be priced at $749 in the United States, while the Pixel 6 Pro may start at $1,049.