Now the Apple iPhone 13 and iPhone 13 Pro hype train has slowed down, all attention in the smartphone realm is shifting towards Google's Pixel 6 and Pixel 6 Pro. The two smartphones mark Google's triumphant return to the flagship Android smartphone space after playing it safe in the mid-range market with the Pixel 5 in 2020.

We now have some newly leaked information surrounding the Pixel 6 and Pixel 6 Pro regarding pricing and a potential launch date. When it comes to pricing, Google hardware chief Rick Osterloh said in early August, "We've definitively not been in the flagship tier for the past couple years; this will be different. It will certainly be a premium-priced product." 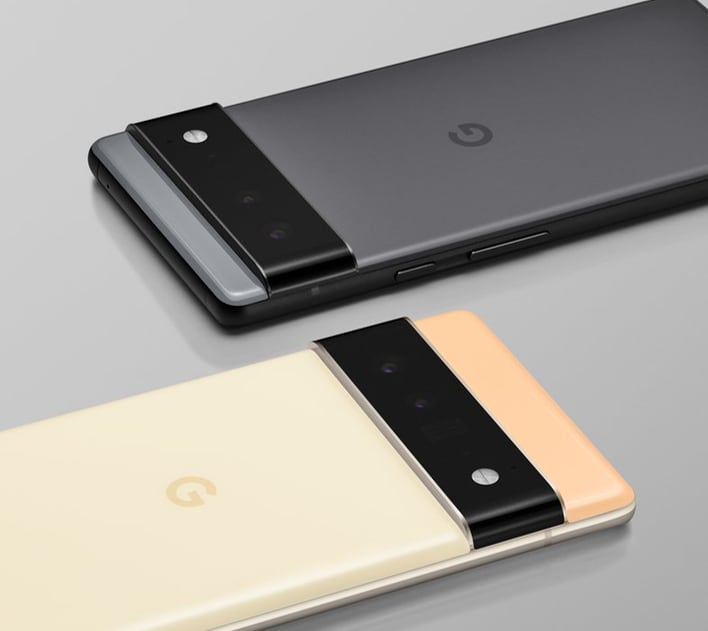 M. Brandon Lee of This is Tech Today reports that the Pixel 6 and Pixel 6 Pro will be available in Europe priced at €649 and €899, respectively. 9to5Google alleges that its sources also confirmed this European pricing for the two smartphones. Although a straight conversion to U.S. currency is problematic based on these figures, a rough guesstimate would be that the Pixel 6 will land at about $799, while the Pixel 6 Pro would come in at $999. That would make the devices comparable in price with the Samsung Galaxy S21 and Galaxy S21+, respectively. 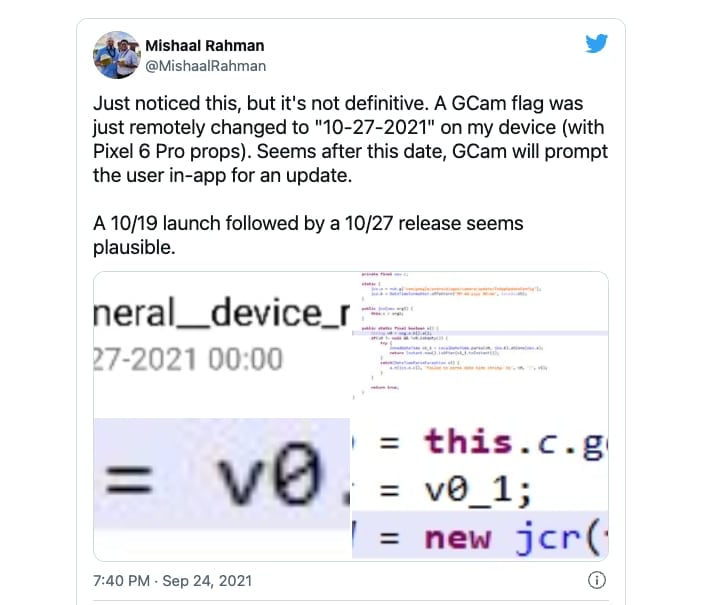 In other Pixel 6 news, XDA-Developers' Mishaal Rahman has noticed some rather curious dates in Google's Camera app. There is a flag in the code that refers to October 27th, 2021. There will allegedly be a mandatory update for Pixel 6 and Pixel 6 Pro users to download on that date, which we assume is a launch day priority. Rahman's reporting also aligns with previous rumors that Google will officially announce the devices on October 19th.

The Pixel 6 will come with a 6.4-inch 90Hz FHD+ display and dual rear cameras, while the flagship Pixel 6 Pro will bump the display to 6.7 inches (120Hz, QHD+) and three rear cameras (including a telephoto lens with 4x optical zoom).

HotHardware readers, are you looking forward to seeing how the Pixel 6 and Pixel 6 Pro match up to existing flagship smartphones from Samsung, OnePlus, and Apple? Are they potentially on your shopping list? Let us know in the comments below.