As is the case with just about every Google smartphone, the mid-range Pixel 4a has leaked on numerous occasions ahead of its official release. Today, we're gaining some insight into when the Pixel 4a will actually launch, and if the report is accurate, it will be available in less than a month.

This information comes from a German blog, which alleges that it received internal documentation from wireless carrier Vodafone that confirms a May 22nd launch. As Android Police points out, this date lines nicely with the canceled Google I/O event due to COVID-19, which was originally scheduled to take place between May 12th and May 14th.

So, it's very possible that Google could going a brief online unveil of the Pixel 4a, or simply issue a press release announcing the product around May 12th. An actual release 10 days later would be in keeping with what we expect from typical smartphone launches these days. 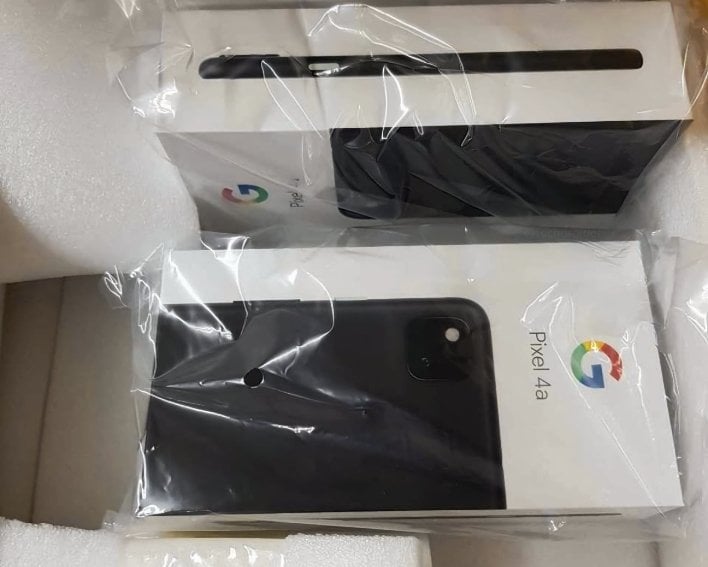 Earlier this month, alleged retail packing for the Pixel 4a leaked, showing the device in "Just Black". Previously, we've been graced with real world images of the device along with countless rumors.

The word on the street is that the smartphone will feature a 5.8-inch Full HD+ OLED display and a mid-range Qualcomm Snapdragon 730 SoC paired with 6GB of RAM and up to 128GB of internal storage. It's expected that the smartphone will feature Google's Custom Titan M security chip, but will skip the Pixel Neural Core found on flagship devices like the Pixel 4 (or upcoming Pixel 5).

Despite the rather large square pod on the rear of the device, the Pixel 4a will only have a single 12.2MP primary camera that is joined by an LED flash. Even with just a single camera, we expect to still be graced with the typical excellent photo quality that Google is known for on its Pixel smartphones.

One other thing of note is that there likely won't be a larger Pixel 4a XL launching alongside the Pixel 4a this year. That will leave the Pixel 4a to fight Apple's iPhone SE alone at the $399 price point. The iPhone SE crams a burly A13 Bionic SoC into the chassis of the iPhone 8, and has garnered a lot of attention for its value and performance. The Pixel 4a won't be able to match the iPhone SE when it comes to outright performance, but it has plenty of other features (larger OLED display, larger battery, stout camera system) that should make it a close battle.