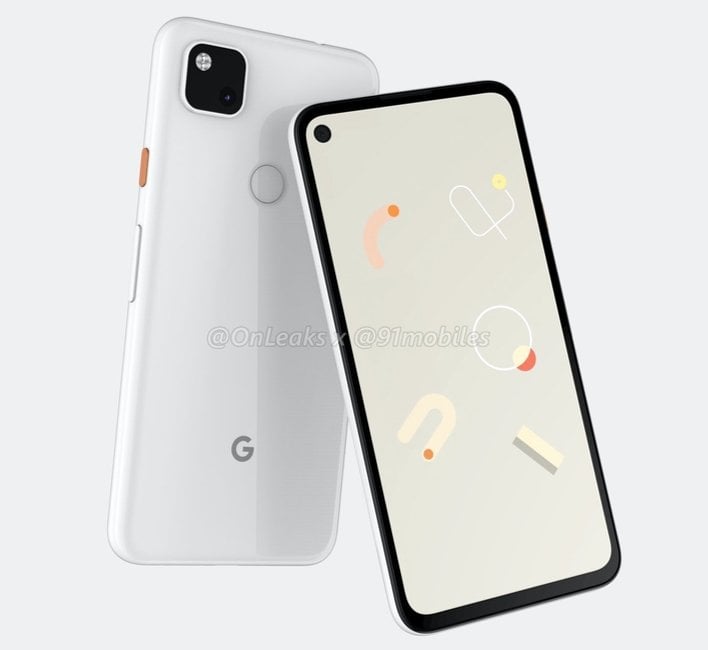 Google Pixel 4a and Pixel 4a XL news has been leaking quite frequently in the past few weeks, mainly in the form of images. Today, however, we're getting our first look at the smartphone on video along with confirmation of specs for the entry-level device.

A video from TecnoLike Plus has been posted which highlights the smaller of the two expected smartphones: the Pixel 4a. Looking at the device from the front, we see a punch hole cut-out for the selfie camera at the top right-hand side of the display (something that we've seen on previous photo leaks) along with pretty large bezels around all sides of the display.

The side bezels are especially large -- compared to what we see in flagship Android smartphones -- and is more akin to what you'd find on the iPhone 11 and iPhone 11 Pro family of smartphones. The display itself is said to measure 5.81 inches across and has a Full HD resolution (2340x1080). Unlike the Pixel 4 and Pixel 4 XL that feature 90Hz displays, the Pixel 4a uses a more common 60Hz refresh rate.

Other hardware specs of note include Qualcomm's Snapdragon 730 SoC paired with 6GB of RAM and 64GB of internal storage. As with previous Pixel smartphones, storage space in non-expandable with the Pixel 4a. Finally, it's reported that the Pixel 4a is using a 3,080 mAh battery compared to 3,000 mAh for the Pixel 3a and a measly 2,800 mAh for the Pixel 4.

It should be noted that this particular Pixel 4a carries the codename "sunfish", which we originally reported on in mid-January. There will also reportedly be a "redfin" version that will ship with the Snapdragon 765 SoC, which of course includes an integrated Snapdragon X52 5G modem. If this rumor is accurate, it would mean that Google’s budget smartphone family will gain 5G capabilities before the flagship Pixel 5 arrives this fall.