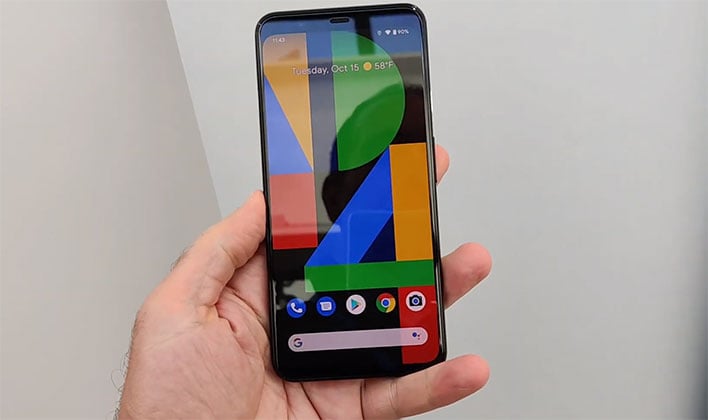 From the outside looking in, there is a bit of uncertainty surrounding Google's hardware business, and especially its line of Pixel phones. Following the launch of the Pixel 4, a report came out claiming there was a fair bit of behind-the-scenes turmoil during the phone's development, which may have impacted its reception—the Pixel 4 line sold poorly compared to the Pixel 3 family, in the first six months of availability. What gives?
"Hardware is hard," as Sundar Pichai, CEO of Alphabet and Google, put it in an interview with The Verge. The sentiment reminds me of Acer's reaction to Microsoft developing its first Surface tablet several years ago. At the time, an Acer executive likened the hardware business to "hard rice" that is "not so easy to eat."
Something undoubtedly got lost in translation, but Acer's general message then is the same as Pichai's comments now: hardware is indeed hard. However, whereas Acer was mainly peeved that Microsoft was to become a competitor in the laptop and tablet space, Pichai is coming from a different place. When asked about the aforementioned report, Pichai offered up an interesting perspective.
"The last couple of years have been a major integration phase for us because we’ve combined our Google hardware efforts with Nest. We absorbed the mobile division of HTC. So it’s been a lot of stitching together. And we have a wide product portfolio, too. So it’s definitely been a building phase," Pichai said.
"We’re super committed to it for the long run. Hardware is hard. And it definitely has components, which take real time to get it right, thinking about underlying silicon or display or camera or any of those tacks. And so we are definitely investing in it, but that timeline. I think we’ve made a lot of progress," Pichai added.
Hardware is hard, but also worth the effort. To that end, Google has no plans of ducking out, at least according to what Pichai had to say. And though the Pixel 4 has seen fewer sales than the Pixel 3, Pichai views the Pixel 3 as a "clear indication" of the progress Google has made in hardware. In addition, he notes that Google also recently launched its second generation Pixel Buds "to a good reception."
"We take a long-term view. We are not in it just for phones alone. We have a vision of where computing needs to go. And I think it’s really hard to drive that vision without doing hardware, software, and services together. You have to think of the intersection of it. I see a lot of value in thinking about it and doing it that way," Pichai added.
That doesn't mean there will not be challenges. Pichai notes Google is "definitely going to have hiccups" as it fleshes out its hardware portfolio. Whether Google considers the Pixel 4 one of them is not clear, but either way, it's part of a bigger play.
So, you can expect more Pixel phones in the future, starting with the Pixel 4a and presumably followed by the Pixel 5.