Google hasn’t didn’t exactly have the hit it expected when it launched the Pixel 4 family late last year. As the latest in its line of flagship Pixel smartphones, the Pixel 4 promised a high-performing Snapdragon 855 SoC, vibrant 90Hz OLED display, facial recognition technology, and a new camera system.

However, according to a fresh reporting by The Information, there was a lot of turmoil going on behind the scenes during the development of the Pixel 4, and even recently as the launches of the Pixel 4a and Pixel 5 loom. Before the Pixel 4 even launched to the public, Google hardware chief Rick Osterloh reportedly had misgivings about the device, especially with regards to its battery life.

Although we had no concerns regarding battery life when we tested the Pixel 4 XL in 2019 (which features a 3,700 mAh battery), many other users have been unsatisfied with the 2,800 mAh battery found in the regular Pixel 4. Surprisingly, Osterloh only seemingly expressed his frustrations with battery life just before the phones were supposed to launch in the fall, and further added that “he didn’t agree with some of the decisions made about the phone” according to The Information. 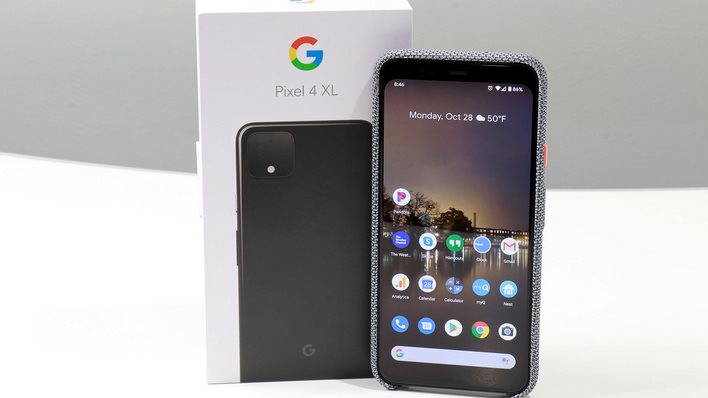 According to recent IDC data, Google sold roughly 2 million Pixel 4 and Pixel 4 XL smartphones during Q3 2019 through Q1 2020 (the pair’s first six months of availability). However, these numbers pale in comparison to the Pixel 3/Pixel 3 XL and Pixel 3a/Pixel 3a XL, which sold 3.5 million units and 3 million units respectively during their first six months of availability.

There has been fallout due to the Pixel 4 missteps, including the departure of Pixel General Manager Mario Queiroz (January 2020) and the man in charge of the Pixel’s famed camera: Marc Levoy (March 2020). Both men have been highly visible fixtures during Pixel product launches, and the loss of Levoy is particularly distressing given how important the cameras have been to the appeal of the Pixel family.

In the coming weeks (or months), Google is expected to launch a new mid-range smartphone called the Pixel 4a. The device isn’t expected to be joined by a larger Pixel 4a XL sibling, but will reportedly feature a Qualcomm Snapdragon 730 SoC, 6GB RAM, 3080 mAh battery, 5.81-inch Full HD+ display, and Titan M security chip. Looking further out, the Pixel 5 family is rumored to launch this fall with Snapdragon 865 power and a Snapdragon X55 5G modem, or potentially a custom Samsung SoC.