This is the best time of the year to be in the market for a consumer electronic device, and that is especially true of smart devices. Just head over to Best Buy, for example, and you can score some big discounts on Google's Nest products, and specifically the Nest Hub 7 (shown above) and a two-pack of Nest Audio smart speakers.
The Nest Hub 7 is on sale for $49.99 at Best Buy (down from $89.99), and is a great gift idea. At its core, the Nest Hub 7 is a digital picture frame with a 7-inch display, but that is also selling it way short. Its capabilities extend beyond just flipping through digital photos—it can play videos from services like YouTube and HBO Max, stream music, and serve as the hub for your other smart devices.
It also features Google Assistant support, so you can use your voice to look up recipes when you are elbow deep in dough and flour in the kitchen. So it is basically a smart hub, smart speaker, smart display, and digital photo frame rolled into one. 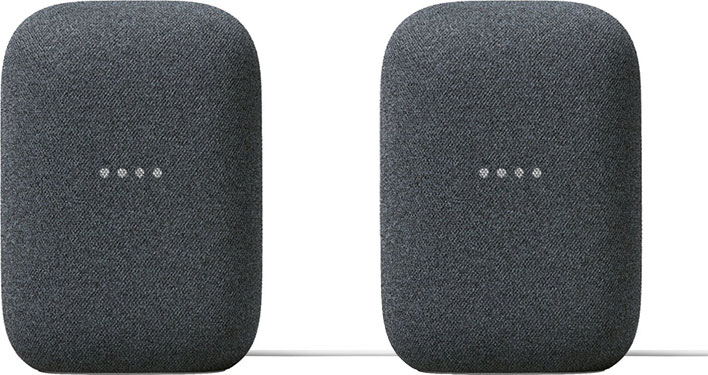 It has only been a month and a half since Google introduced the Nest Audio smart speaker, and it is already on sale. That is, if you are looking to score a pair of them. A Nest Audio 2-pack is priced at $169.98 at Best Buy (down from $199.98) right now, saving you $30.
The Nest Audio replaces Google's original Home smart speaker, and is a worthy upgrade in many ways. For one, it looks better, though I realize that is a subjective assessment. Beyond the aesthetics, however, Google says the Nest Audio is "75 percent louder" and delivers "50 percent stronger bass" than its predecessor, the latter of which is served up through a 75mm woofer. And for highs, it has a 19mm tweeter.

Google Assistant is part of the package too. So did the Google Home speaker, but it is a better implementation on the Nest Audio, as it "responds to your most common music and smart home queries faster over time."