Most smart device users are accustomed to needing to activate their smart assistant through a “wake” word. How would users feel if this inconvenience could be eliminated? Google is reportedly working on allowing users to merely approach their Nest Hub to activate the device.

The feature is codenamed “Blue Steel” and appears under “Dogfood Features” in the Nest Hub Max settings. It is unclear how exactly Blue Steel functions, but some have argued that it takes advantage of the Google Nest Hub’s ultrasound sensing technology. This technology uses ultrasonic pulses to sense activity. Others theorize that Blue Steel is utilizing the Nest Hub’s camera to determine whether users are looking at the device. This theory would partly explain the Blue Steel codename. Blue Steel is possibly a reference to one of Ben Stiller’s invented “poses” in the 2001 film Zoolander.

The above video also shows Boromeusz commanding their Google Nest Hub without a “wake” word. They ask Google Assistant to provide weather updates, play music, and open YouTube. They are able to do this without ever uttering “Ok Google” or “Hey Google.” 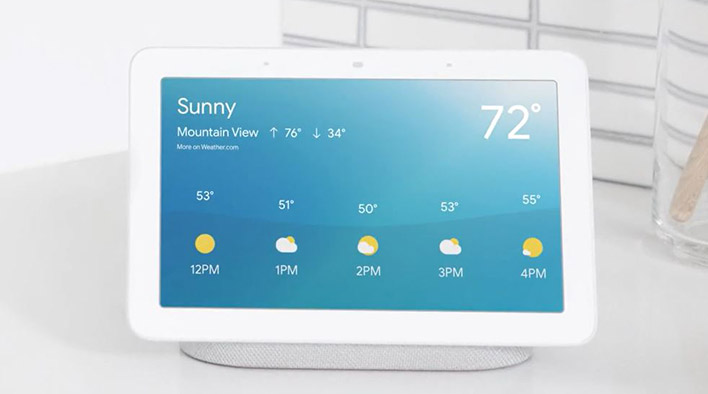 Several people are concerned about this feature potentially violating users’ privacy. Many consumers are only comfortable purchasing smart devices because they are activated by a wake word. There have been studies that suggest that smart devices do mistakenly “wake up” without a command from their owner, but this kind of feature would most certainly increase accidental activations. It can be annoying to constantly need to say things like “Ok Google”, but is the trade-off worth it? There are ways to turn off the Nest Hub’s sensors, but not all consumers may be aware of these capabilities.

Google recently added ten new features to their smart displays that are currently available to consumers. The new features include a Sunrise Alarm, Your Morning page, Your Evening page, and white noise abilities to make users’ days a little easier. There are also easier ways to control your home devices or your screen during video calls through the Home Control page and Communicate tab.