Besides the headlining Pixel 4a 5G and Pixel 5 smartphones at Google’s “Launch Night In” event hosted this afternoon, Google also took the wraps off the new Nest Audio and the Chromecast with Google TV. These devices should make entertaining easy with the power of Google inside.


First up is the Nest Audio smart speaker that brings Google throughout the home. You can use the “Hey Google” functionality to play music, control smart devices, and much more with this device. You can put the speakers around the house for full-home audio or put two side-by-side for stereo audio options. When the speakers are around the house, however, privacy concerns could be an issue. Thus, Google addresses concerns by allowing the deletion of data and microphone toggle sliders on the device.

As for hardware and how the device sounds, the Nest Audio speaker boasts “Rich, full sound” with the hardware under the hood. According to Google, the Nest Audio speaker also adapts to your environment, so audio is clearer than ever. It comes with a 75mm woofer and 19mm tweeter that should fill the room with sound. The Nest Audio will come in five different colors and can be preordered for $99 at the Google Store.

Next on the list is the Chromecast with Google TV. It puts all the media streaming services you love, such as Netflix, HBO, Hulu, and Prime Video, into one place. Furthermore, it will give suggestions based on what you have watched previously, so you may find a new favorite show or movie. Also, if you are trying to find or remember that one actor from that one show, you can use the built-in Google functionality on the voice remote that comes with the Chromecast. 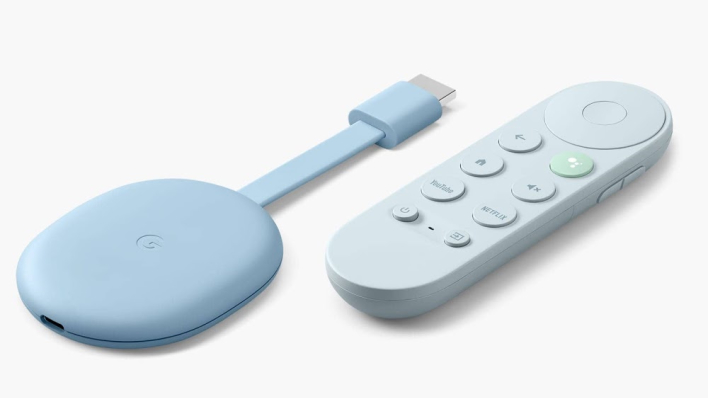 Besides being a streaming device, the Chromecast is still a casting device so you can share your devices’ screens on the TV. However, it is also getting more smart functionality by pairing with your other Nest devices, such as the Nest Audio speakers or Nest Cameras. The Chromecast with Google TV will come in three colors and is available for preorder on the Google Store for $49.99 or $89.99 with 6 months of Netflix.