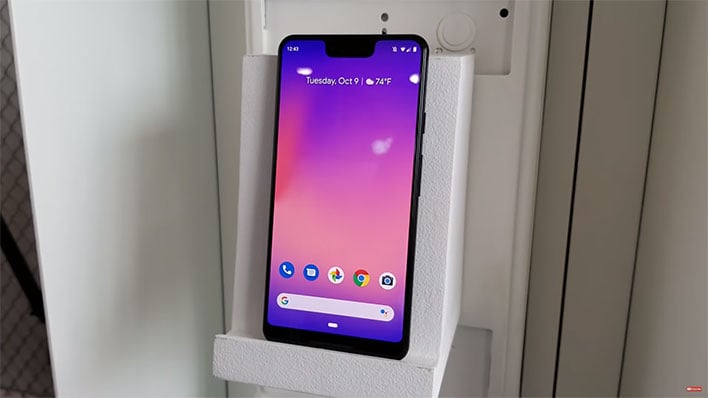 It was a good run for the Pixel 3 and Pixel 3 XL, a pair of flagship phones Google released in 2018. Now a year and a half later, however, Google has sold out of its remaining inventory of both handsets and does not have any plans to produce more of them. So, if you are interested in buying one, you will have to track one down outside of Google's Store.
The landing pages for the Pixel 3 and Pixel 3 XL now redirect users to the main Google Store page. And if you expand the Phones category, you will see just two listings now—Pixel 4 and Pixel 3a (both of which are still available). Google confirmed with the folks at Android Police that it's inventory of Pixel 3 and Pixel 3 XL devices has been permanently exhausted.
This is not surprising. The Pixel 4 series occupies the flagship smartphone space, while the Pixel 3a series offers users a lower cost alternative. So, with the regular Pixel 3 and Pixel 3 XL having sold out, there is no need to clutter up the store front with additional units.
Looking ahead, it is only a matter of time before Google introduces its Pixel 4a and Pixel 4a XL handsets. At that point, we would expect the Pixel 3a and Pixel 3a XL to trickle out of view as well. There have been several Pixel 4a and Pixel 4a leaks in recent weeks. Rumor has it the phones will ship with a Qualcomm Snapdragon 765 processor, which is Qualcomm's first fully integrated 5G system-on-chip.
It's also rumored to have a small and powerful camera, with a starting price of $399. We'll have to wait and see, though.
As for the Pixel 3, you can find the regular model at Best Buy for $449.99 (with activation).