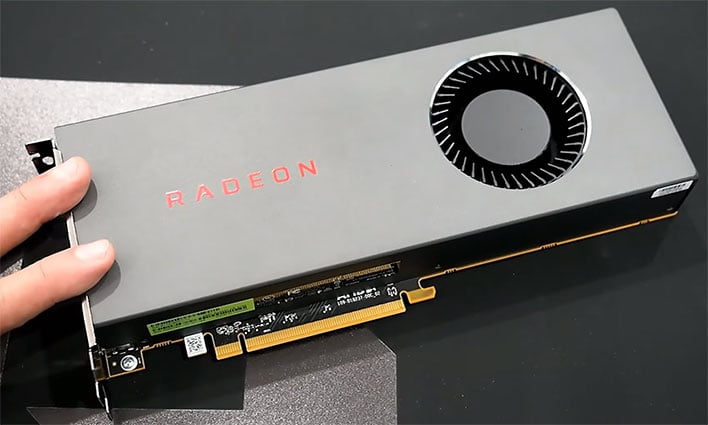 Sometime fairly soon (presumably), Gigabyte will be able to shout from a mountaintop, 'The Eagle has landed!' Or it could go the more traditional route and just issue a standard press release announcing its Radeon RX 5600 XT Eagle series of graphics cards. Either way, a Eurasian Economic Commission (EEC) listing indicates the Eagle series is inbound.
If you are confused and wondering if you missed an announcement for the Radeon RX 5600 XT in general, do not worry, you are not out of the loop. AMD has not yet formally introduced the upcoming card, which will join its 7-nanometer Navi product family. However, it's been the subject of rumors for several months, dating back to at least July of this year.
This is also not the first time that the Radeon RX 5600 XT has made an appearance at the EEC's website. Earlier this month, several entries for both ASUS and ASRock popped up, and now Gigabyte is getting its turn, as spotted by frequent leaker and Twitter user Komachi. Have a look... 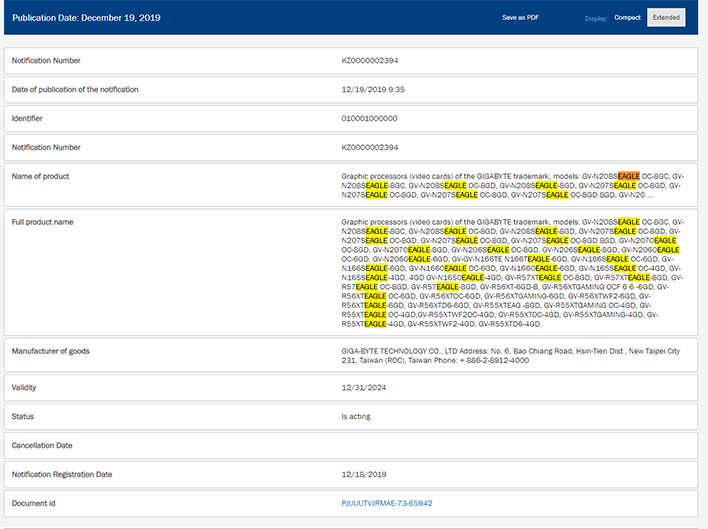 Assuming the listing is accurate, the "Eagle" branding will be applied to numerous different AMD Radeon and NVIDIA GeForce models. However, it's the Radeon RX 5600 XT that is of most interest, since that card has not yet been announced.
As it applies to the Radeon RX 5600 XT, what's also interesting here is the amount of onboard memory. Like ASRock, Gigabyte's entries show the model as having 6GB of GDDR6 memory, and that seems accurate to us. However, ASUS labeled its cards as having 8GB of GDDR6 memory. That is probably an error, though it is technically possible (albeit unlikely) ASUS is using a different GPU than both ASRock and Gigabyte.
In any event, Gigabyte is prepping two Radeon RX 5600 XT Eagle models, including a regular version (GV-R56XTEAGLE-6GD) and an overclocked SKU (GV-R56XTEAGLE OC-6GD). And if the listing is accurate, Gigabyte is also prepping more than two dozen Eagle models in all, from the GeForce GTX 1650 to the GeForce RTX 2080 Super, and from the recently launched Radeon RX 5500 XT on up to the Radeon RX 5700 XT.