At this point, we can pretty assume AMD will in fact launch a Radeon RX 5600 graphics card at some point. Falling into the 'where's there's smoke, there's fire' category, we have seen several leaks pointing to a Radeon RX 5600, dating back to at least July of this year. The most recent, however, is a pair of new listings in the Eurasian Economic Commission (EEC) registry.
This is a common stepping stone for new products, before they are officially announced. We have seen this play out many times in the past. This time, both ASUS and ASRock have made pit stops at the EEC, both with references to multiple custom Radeon RX 5600 SKUs. 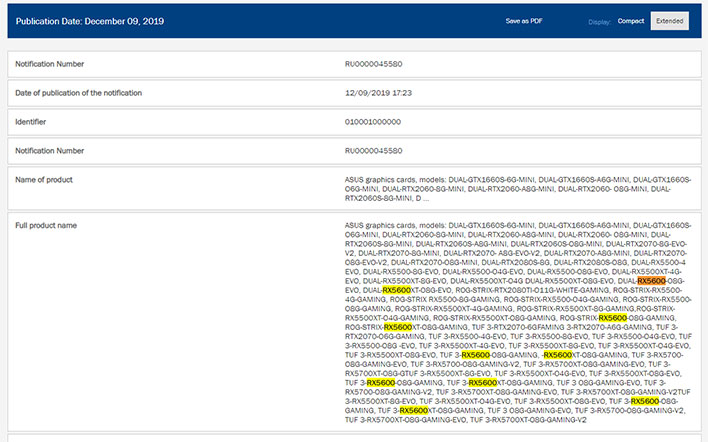 Starting with ASUS, I count no less than eight custom Radeon RX 5600 graphics cards, each one listed with 8GB of onboard memory. They include the usual suspects, such as the Dual Evo, ROG Strix Gaming, and TUF variants. Incidentally, each of the custom cards lists a Radeon RX 5600 XT and Radeon RX 5600, so it looks as though ASUS will offer at least four custom models of each card. 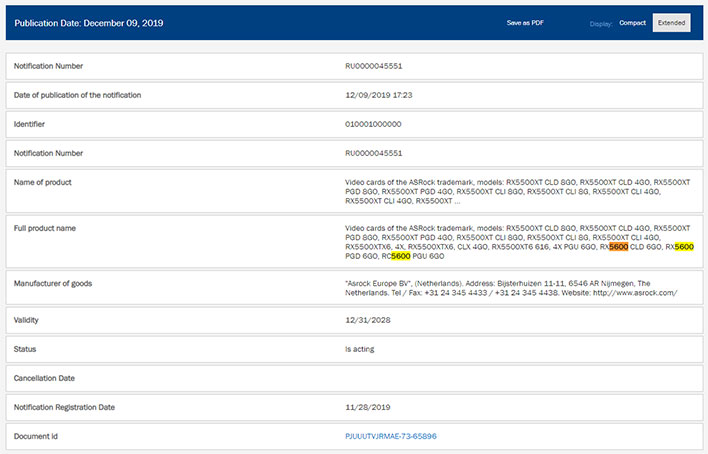 Moving on to ASRock, the EEC listing shows fewer cards in total with just three, and they are all based on the regular Radeon RX 5600 (non-XT). What's interesting, however, is the amount of video memory—ASRock is only listing 6GB on each of the cards, whereas ASUS shows 8GB on each of its custom cooled models.
As noted by Neowin (which spotted these listings), the likely explanation is that ASUS labeled its cards wrong. It's technically possible that ASUS is using a different GPU than ASRock, and can therefore enable more RAM with a higher bus bandwidth, but that seems a little far fetched. Given that the Radeon RX 5700 series sports a 256-bit bus and the Radeon RX 5500 series uses a 128-bit bus, the Radeon RX 5600 will most likely ship with 6GB of RAM on a 192-bit bus. This would also be consistent with past rumors.

Therein lies the problem with these kinds of leaks. Even though a listing in the EEC registry is a strong hint that a product exists, it can still leave questions unanswered, and even raise some, as is the case here.