NVIDIA made the GeForce RTX 3060 Ti with 8GB of GDDR6X memory official, alongside the RTX 3060 8GB, at the end of October, after they had already widely leaked. We are now hearing rumors that the original RTX 3060 Ti, which came with 8GB of GDDR6 (non-X), is set to be retired.
The pair of low-key GeForce RTX 3060 family launches, which simply appeared in spec lists on the NVIDIA site, were said to be designed to offer more SKU choices to add-in board partners. That reason doesn’t quite gel with the latest rumors of the GDDR6 version of the RTX 3060 Ti being completely phased out.
There is a happy side, or two, to this story, though. According to the Chinese source, the new GDDR6X version of the RTX 3060 Ti isn’t going to have a higher MSRP than the original GDDR6 version. The other good news, of course, is that it retains the same RAM capacity, and it is rated for faster performance. 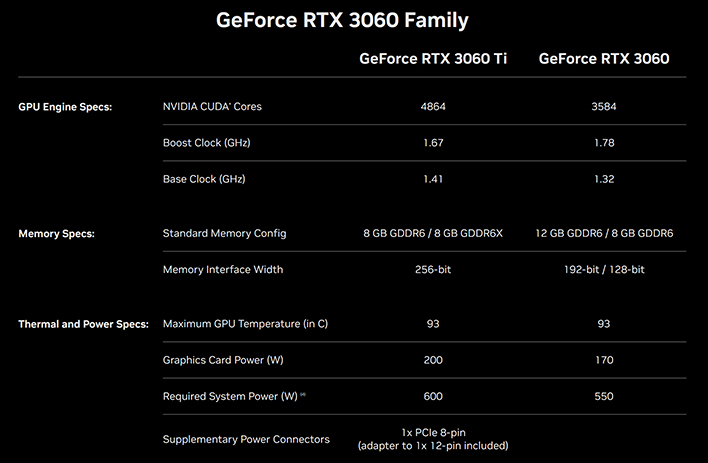 Above, you can see a summary of the differences between all four of the current GeForce RTX 3060 family SKUs. What it doesn’t mention is the extra performance that the new RTX 3060 Ti with GDDR6X might deliver. With the newer faster memory, the updated RTX 3060 Ti has a bandwidth of 608 GB/s, which is quite an uplift compared to the 448 GB/s of the card MyDrivers sources claim is being replaced. In some games and applications where bandwidth was a limiting factor with the established RTX 3060 Ti, the new version could enjoy some highly worthwhile advantages. 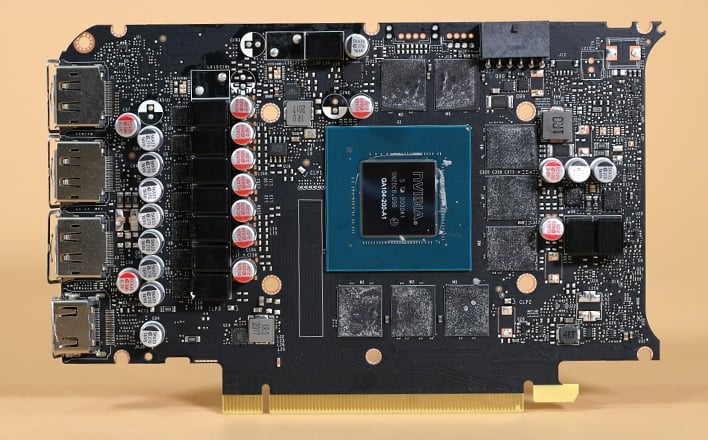 Lastly, we would like to ask NVIDIA to quit fiddling around with RTX 30 configurations and deliver some accessibly priced RTX 40 graphics cards to the masses. Fingers crossed for some good news on this front coming to CES 2023.