Renders of a GALAX branded NVIDIA GeForce RTX 4090 graphics card have been shared online. The spill occurred hours after GALAX took to Twitter with a 'New Serious' teaser, hinting that it has intentions to expand its Serious Gaming/SG graphics card series. Of course, the upcoming card is going to be a GALAX GeForce RTX 4090 SG, boasting the serious power and performance uplifts we are all expecting.
The 'New Serious' hoodie image comes direct from GALAX, as mentioned above, but the graphics card images are described as "leaked renders," so should be consumed with a pinch of salt.

The GALAX GeForce RTX 4090 SG is a seriously large card. It takes a signature design cue from the previous gen GALAX RTX 3090 SG with its triple fans on the front with one 'round the back layout. The three fans on the front of the GPU push air down onto the PCB or through the array of fins and heatpipes beneath. A fourth fan helps pull air through the fins/heatpipes - a common tactic of CPU tower coolers which come with twin fans. 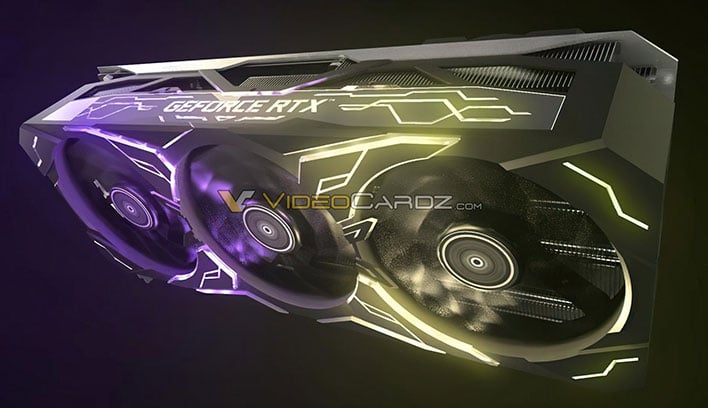 Other details we can see in the renders include one centrally positioned 16-pin (12VHPWR) connector, though it is another RTX 4090 leak where no NVLink connector is in evidence. Talking more generally about the design, the VideoCardz scooped images inspired by the GALAX teaser show a quad-slot design which might be even thicker with the rear fan protrusion. Lots of RGB lighting frills are present too. We have seen quad-slot designs for RTX 4090 cards before, so this GALAX isn't a big surprise. 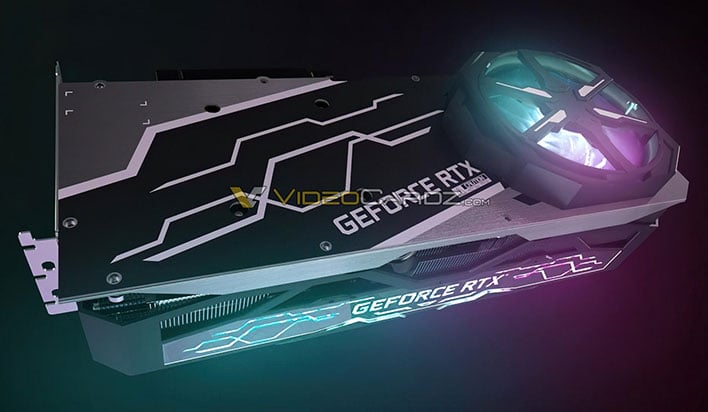 Sadly, the box art image shared by the source has several details blurred out. It looks like these details would have confirmed the model and perhaps a smattering of specs such as the memory quota.
The anticipated official launch of the NVIDIA Ada Lovelace series of consumer GPUs is only a weekend-and-a-bit away. Stay tuned for our reports on the GeForce Beyond special broadcast which will run ahead of NVIDIA CEO Jensen Huang's keynote at the GTC, starting 8:00 Pacific (11:00 Eastern, 16:00 UK, 23:00 Taipei) on Tuesday, Sept 20th.