We have to give NVIDIA's marketing team credit—they're good at building hype. If you want evidence of that, look no further than the company's current efforts, which have garnered thousands of social media impressions with nothing more to go on than the cryptic phrase "LOOK 🔮 BEYOND 🔮". 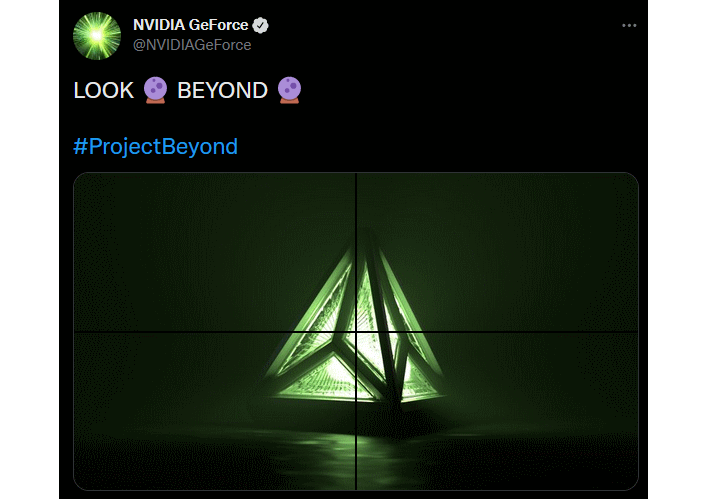 That comes from the above NVIDIA GeForce tweet, promoting a hashtag for #ProjectBeyond. What is Project Beyond? Well, we don't really know necessarily, but it seems like it's probably an announcement event for NVIDIA's next-generation GeForce cards, and it's happening on September 20th.


September 20th is smack in the middle of NVIDIA's next Graphics Technology Conference, or GTC. Leather jacket aficionado Jensen Huang said during his company's last earnings call that Mean Green would be unveiling "new advances in RTX" at GTC. It's difficult to imagine what else that could even be besides new GeForces, even though the company doesn't normally show consumer hardware at GTC. 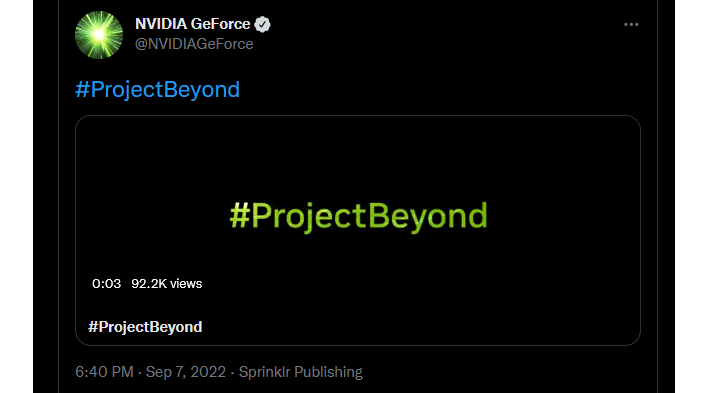 We don't really have to imagine, though, because the backbone of the ProjectBeyond marketing push is from NVIDIA's GeForce accounts, specifically. GeForce, as we'll remind you, is a consumer brand, and not a professional brand—all indications are that the announcement from Project Beyond will be new GeForce cards.
So where did the date come from? Buried in the images from the tweet above (and hidden from view by Twitter's image display), there are tiny sequences of trigrams. Encoded in them is the text "20.09.22 BEYOND GEFORCE". That seems to indicate pretty clearly that we're talking about some next-generation GeForce hardware being announced (or at least discussed) on September 20th.

But more than that, there's this image, which comes from the e-mail NVIDIA sent us about the event. It pretty well sets expectations as well as confirming both the date and time. The announcement is at 8:00 Pacific (11:00 Eastern, 16:00 UK, 23:00 Taipei), and will be broadcast at NVIDIA's website, but if you'll be busy, we'll be summarizing the details for you afterward.