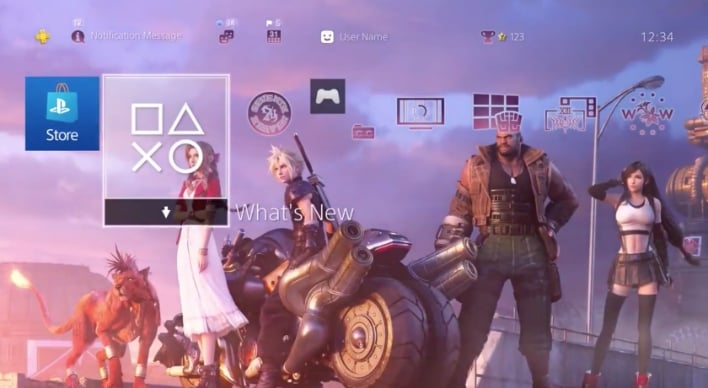 Square Enix is making good on its past promise that fans would be able to get Final Fantasy VII Remake themes for their PS4 console. A theme is now available for anyone who downloads the Final Fantasy VII Remake Demo before May 11. PS4 players who are also PS Plus members can get another free theme that shows Cloud looking towards the city of Midgar.

Fans who like themes for their PlayStation had access to a third PS4 theme with Sephiroth as the focus. That theme was only available as a preorder bonus for players who ordered the Final Fantasy VII Remake via Amazon. Those who want all three themes will need to download the demo, join PS Plus, and to have preordered the game on Amazon.

The second of three dynamic #PS4 theme we'd like to show you today focuses on the city of Midgar in #FinalFantasy VII Remake and also features our main protagonist Cloud Strife!

This will be available for free to all PS+ users soon! #FF7R pic.twitter.com/qmCbpTDnEW

It's not clear if that Amazon theme will be offered outside of the preorder deal. The game itself is already available to purchase on the PlayStation 4 and has garnered excellent reviews so far. However, players on other platforms are going to have to wait until next year for the game to land.

Word of the Remake demo only landed in January. There are some caveats with the demo that might stop some from wanting to give it a shot, notably that the resolution is limited to 720p. The upside is, at least there's a demo that you can try to be sure you like the game before you plunk down your money. A nice demo of a high-quality game may be just what you need for the weekend when you can't go anywhere thanks to ongoing effects of the coronavirus.