The last time Ford rolled a Mustang Mach 1 off the assembly line was way back in 2004, and the next time will be in 2021. It will amount to a 17-year hiatus when the limited edition Mach 1 makes its return next year, and this time it will be touting a 5.0-liter V8 engine with 480 horsepower at 7,000 rpm, and 420 lb.-ft. of torque at 4,600 rpm, according to Ford.
As with the original Mach 1 from a decade and a half ago, the 2021 edition is intended to bridge the gap between the Mustang GT and Shelby models. Ford at one point had actually toyed with the idea of attaching the Mach 1 badge to an electric vehicle, but that became the Mach E SUV instead, paving the way for a true reincarnation. 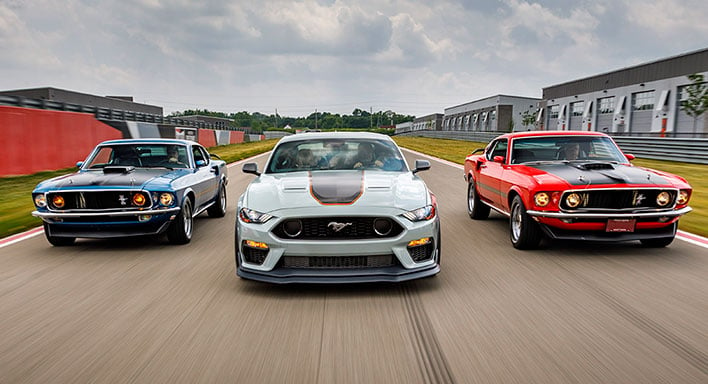 "Bold styling, great acceleration and speed—Mach 1 says it all," said Jim Farley, Ford’s chief operating officer. "This is one of those special Mustangs that truly brings a smile to the faces of our owners, enthusiasts and fans—including me—so there’s never been a better time to bring back Mach 1 and have it go global too."
The original Mach 1 in 1969 was sort of an ode (in naming) to Chuck Yeager being the first to break the sound barrier. It set 295 speed and endurance records in its first model year at the Bonneville Salt Flats. Of course, much has changed since then, and the new model "leans on decades of Ford Performance learnings," the automaker says.
It has a uniquely crafted front end for aerodynamic efficiency and a bunch of Ford Performance parts, including items plucked and revised from the Shelby GT350, including the intake manifold, oil filter adapter, and engine oil cooler that Ford says increases the engine oil cooling capability by 50 percent. 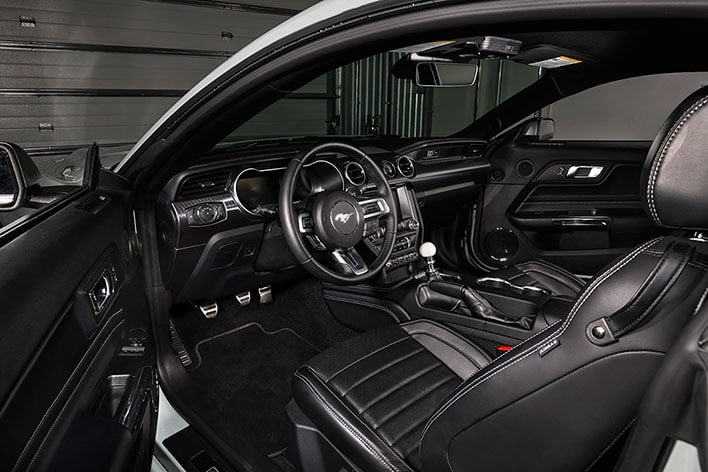 The newest Mach 1 will arrive with a 6-speed manual transmission, also from the Shelby GT350. Sometime later, Ford plans to offer a 10-speed SelectShift automatic transmission with an upgraded torque converter, though it did not say exactly when.
Ford will offer an optional handling package exclusive to the 6-speed version. It includes a larger downforce front splitter, new front wheel lip moldings, and a low-gloss magnetic swing spoiler with a Gurney flap and rear tire spats from the Shelby GT500. 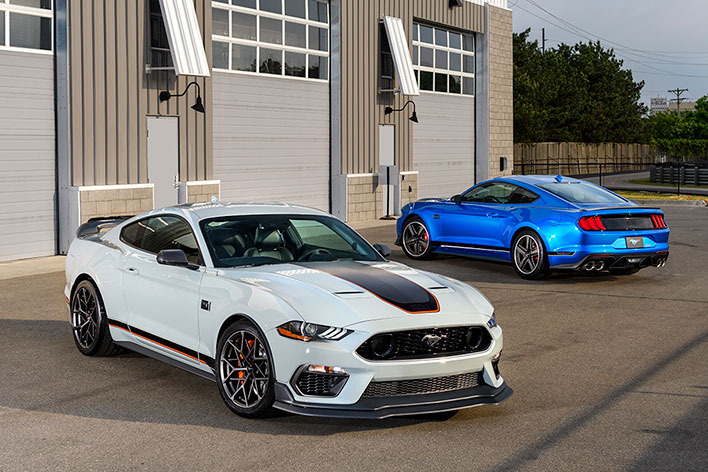 Look for the 2021 Mustang Mach 1 to hit the pavement in the US and Canada next spring, likely starting at around $50,000.